Articel by: www.thedailybeast.com
There will be branded bongs and stores, too, as Willie gets out ahead of big industry in states where pot is legal. 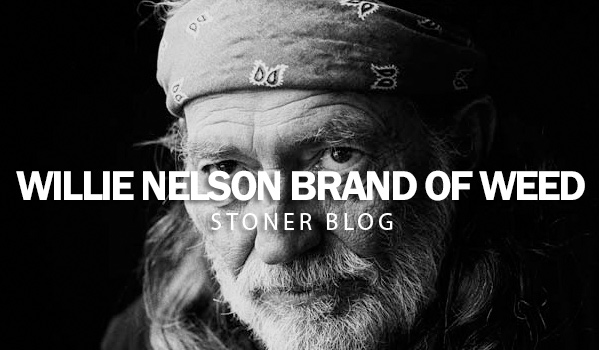 Willie Nelson takes a hit of the cigarette-sized vaporizer in his gnarled hand, exhaling a small cloud, before placing it on the foldout table in front of us. We’re seated in the cool enclave of his tour bus, at the entrance to his sprawling property just outside Austin, Texas, which he has dubbed the town of Luck. Up a hill and around a corner, people are rocking out at Willie’s own Heartbreaker Banquet, an annual fundraiser/music festival held concurrently with SXSW.

Now 81, Willie is biding his time before joining the festivities, and we’re talking about why he puts on the event every year. In the process, he lets slip that he has something else in the works: a new brand of weed, called, naturally, Willie’s Reserve.

Pressed on this, he’s either dismissive or coy, though he does indicate that the smoking implement he has again picked up is a part of the line. The PR person promises to connect me with Michael Bowman, a veteran hemp and pot lobbyist who serves as the fledgling brand’s spokesperson. Two days later, much colder, much more sober, and back in my native New England, Bowman and I connect by phone.

The discussion is below, but the rub is that the marijuana world is about to get its first connoisseur brand, edging it farther from an illegal substance and closer to the realm of fine wines.

So what exactly is Willie’s Reserve?

Well, you know, Willie has spent a lifetime in support of cannabis, both the industrial hemp side and the marijuana side. He wants it to be something that’s reflective of his passion. Ultimately, it’s his. But it was developed by his family, and their focus on environmental and social issues, and in particular this crazy war on drugs, and trying to be a bright light amongst this trail as we’re trying to extract ourselves from the goo of prohibition.

Really he wants it, at the end of the day, to envelop what his personal morals and convictions are. So from the store itself to how they’ll work with suppliers and how things are operated, it’s going to be very reflective of Willie’s life.

Wait, so there’s going to be stores?

Well, yeah, they’re in the making. I think it’s safe to say that there will be stores that roll out in the states where marijuana has become legal.

So will there be signature strains that you grow under Willie’s oversight? Or will you sell other people’s strains?

It’ll be both. There will be our own, and then there will be opportunities for other growers, who meet quality standards. Let’s just call it the anti-Walmart model. Personally, internally, that’s what we call it. A certain standard by which growers have to account for carbon and such, in a way that empowers small growers who are doing the right thing.

So you’ll also be a distributor of sorts.

How many stores are you looking at opening?

That’s gonna depend… Right now, we’ll focus on the states where legalization has occurred, and as new states open up, those opportunities will present themselves on a state-by-state basis. Or until the feds do something!

When do you plan to open the first one?

In the next calendar year that there will be movement. As you can imagine, it’s not a problem in states like Colorado, Washington, Alaska… There’s a pretty clear path on where retail can go. “There will be our own, and then there will be opportunities for other growers who meet quality standards. Let’s just call it the anti-Walmart model.”

OK, so what strains are Willie’s favorites?

You know, I don’t know that! I know that he clearly has an opportunity to test a number of those, but I can’t tell you which ones are his favorites.

How did you get involved with Willie?

Well, Annie (Willie’s wife) and I were founding members of the Sustainable Biodiesel Alliance back in 2005. We got to know each other through that. I was working in D.C. on a number of renewable energy and sustainability issues. Then, I presently became introduced to Willie, and had the honor of being able to spend a lot of time around him.

So how involved is he directly? Is it really mostly his family?

Well, no. This is a culmination of Willie’s vision, and his whole life. I’m not sure any of us could have predicted how fast the dominoes would start falling once they started falling (as far as legalization). And You have the men like Willie who’s been out there getting arrested, standing up saying what’s right, and not wavering from that core.

So do you think full-scale legalization will come soon?

I would say all this boils down to math. You can take the dollars we’re spending (on prohibition), and go to arch conservatives who are against the ending of prohibition, and say, “Here’s a math equation. Here’s what we’re spending in drugs, here’s what we’re doing to destroy peoples lives. And with the ending of prohibition, we can transition from very energy intensive and chemical intensive crops to something much more energy-efficient and environmentally benign, and be creating more products.” What isn’t conservative about that equation?