Stoners are very used to people using previously debunked information in order to scare people away from cannabis use. After years of brainwashing by the government and media, we wouldn’t expect any less from those who don’t research before they write, much like the Daily Mail article released on October 7 of this year. The article, while it gave good effort to talk badly about the plant, failed to realize the numerous studies that have been released proving that cannabis isn’t as dangerous as people have previously thought… In fact, the plant has far more positive qualities than negative qualities. 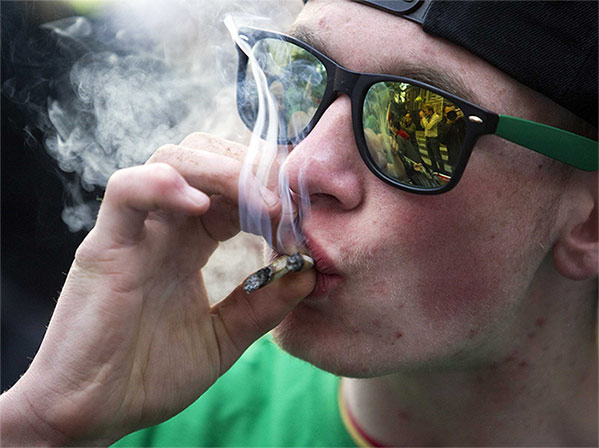 While the Daily Mail claims that this study is highly qualified to be taken as fact, it’s definitely not. First of all, this study was in fact a review of 20 years of existing research on the effects of cannabis use. The paper doesn’t really say anything that people aren’t already aware of and mostly focuses on old school theories like “cannabis makes you stupid”, can cause people who smoke “long term can get cancer”, as well as boldly claiming that this information “finally demolishes claims that smoking marijuana is harmless”. Finally, the paper comes right out and says that “cannabis is as addictive as heroin”.

If you’re a cannabis enthusiast and you have read the study yourself (which I definitely suggest that you do, as you’ll see some very different conclusions as compared to what the mass media is blabbering about. “This paper deals with the adverse effects of cannabis smoking, especially the adverse health effects of regular, typically daily, cannabis smoking”, Wayne Hall writes, the drug advisor for the World Health Organization and author of the paper. Here are some of the points in the article that the media seems to have overlooked in their eagerness to scare the shit out of people, as usual.

On average, a stoner will roll a joint containing half a gram of cannabis and to some, that’s a severe understatement. Most heavy smokers can ingest up to half an ounce (14 grams) or more a day, depending on how long they’ve been smoking for. These people can function just fine, going about their daily lives while being baked as hell. Hall writes in the paper, “The fatal dose of THC in humans derived from animal studies is between 15 and 70 grams. This is a far greater amount of cannabis that even a heavy smoker could use in a day.” In 2013, the average potency of cannabis seized was 12.58 percent, which would translate in to 0.06 grams of THC in the average joint. If someone were to smoke somewhere between 238 to 1,113 joint a day (about 10 joints an hour for 24 hours straight), you may be in danger of overdosing… But you would suffer effects from carbon monoxide deficiency and oxygen deprivation far before ODing on cannabis itself.

There is huge controversy over cannabis users driving stoned. But according to research put forth by the researchers at Hartford Hospital and the University of Iowa conducted a study on the effects of cannabis while driving and found that driving stoned has little to no effect on driving skills. The article written by Hall even proves that fact by proving that driving while under the influence of cannabis is less harmful than driving while drunk, with marijuana having an increased crash rate of 2-3 times while alcohol users increase their crash rate 6-15 times. While I don’t recommend going out for a joyride while blasted, I would say that if you smoke a bit before heading out probably won’t kill you… But those shots you’re eying at the bar might.

There are studies that exist that state that smoking cannabis while pregnant can reduce birth weight but Hall’s paper says that the effect of cannabis use while pregnant is less than the effects of smoking cigarettes while pregnant. Some evidence exists that cannabis can have later in life effects on the child including a lower IQ and behavioral problems. But “uncertainty remains because of the small number ors tidies, the small samples of women in each, and the researchers’ limited ability to control for the confounding effects of other drugs during pregnancy, maternal drug use post-birth, and poor parenting.” While it’s not recommended that you smoke anything or drink alcohol during pregnancy, the chances of severe side effects seem to be slim.

People who smoke weed are significantly less likely to develop a dependency to the plant. “The lifetime risk of developing a dependance among those who have never used cannabis was estimated at 9% in the United States in the early 90s against 32% for nicotine, 23% for heroin, 17% for cocaine, and 15% for alcohol, followed closely by 11% for stimulants.” What that means? More than nine in then people who try smoking weed won’t get addicted to it. So while it is possible, the chances are slim to none.

Also named the “gateway theory”, this tidbit of “information” has been tossed out the window by multiple scientists in efforts to derail such nonsense. Most researchers these days suspect that alcohol and tobacco are more risky for teens to try because they have a higher rate of the users heading towards the harder stuff. Marijuana is not usually what researchers these days point to.

There are many other points in the study that were taken much out of context, giving the media free reign to spit as much bullshit on the subject as they want. As usual, media blows things far out of proportion and only reports the things that they want to. If you’re interested in reading the study, you can find it here: http://onlinelibrary.wiley.com/doi/10.1111/add.12703/full