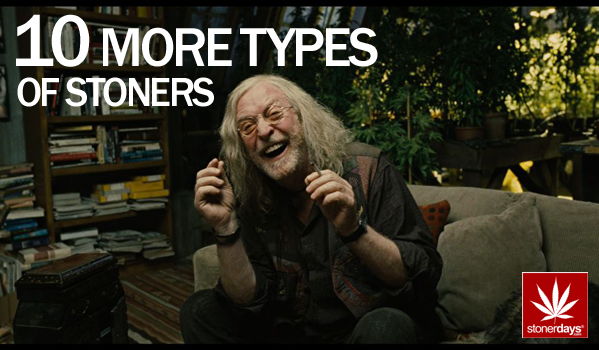 Here’s a few more kinds of stoner that weren’t included in the last installment that was on the Stonerdays blog! 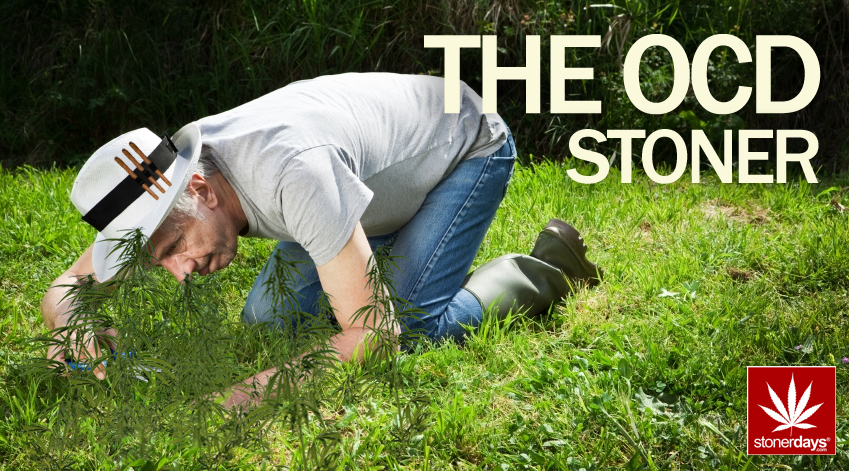 People get really in to their glass and their weed stuff. The OCD stoner is the person who changes their bong water after every use. They are constantly scraping and cleaning their stoner accessories, much more so then the typical smoker. If you’re smoking with an OCD stoner and you leave the joint burning for more than ten seconds in the ashtray, they’re putting it out. If you happen to put the bong anywhere other than it’s designated spot, you can trust that the OCD stoner will be moving it. It’s best to remember who does this sort of thing, as the OCD stoner’s ritualistic behavior is sometimes magnified when smoking! 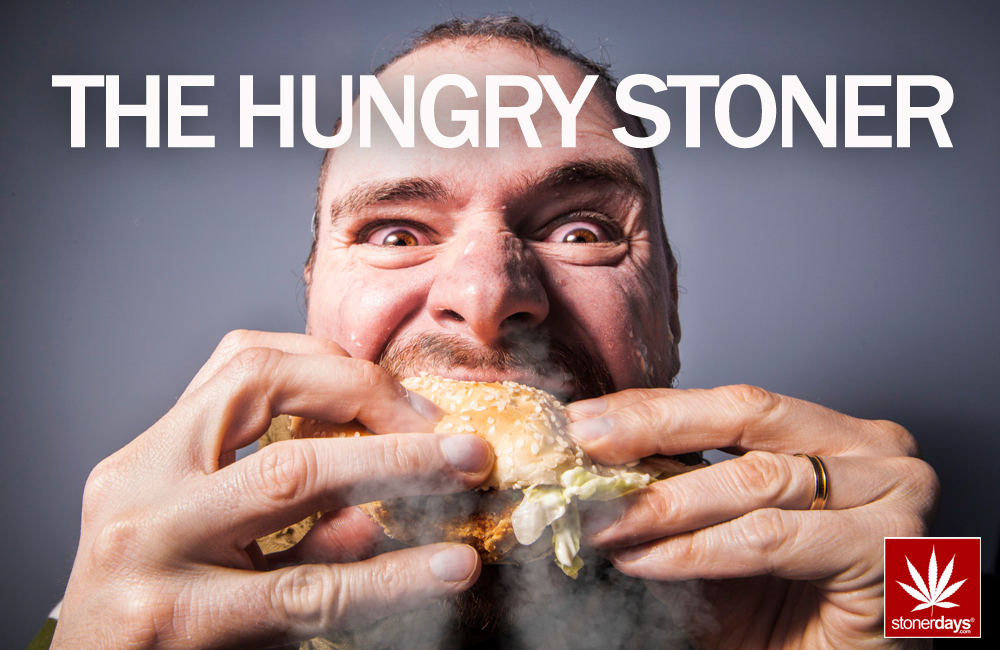 “Dude do you have anything to eat?” is basically all you’re going to hear from this munchies fiend. Whether it’s the crackers in your cabinet or a hounding downpour of texts begging for a lift to McDonalds, this friend is always hungry. Don’t bring them grocery shopping, or even to Rite Aid for that matter. They’ll spend all of their money (and yours!) trying to stock up on all kinds of snacks! It’s okay to sometimes give in and support this hungry stoner. But too much munching is going to lead to results that you’re not happy with if you’re not careful! 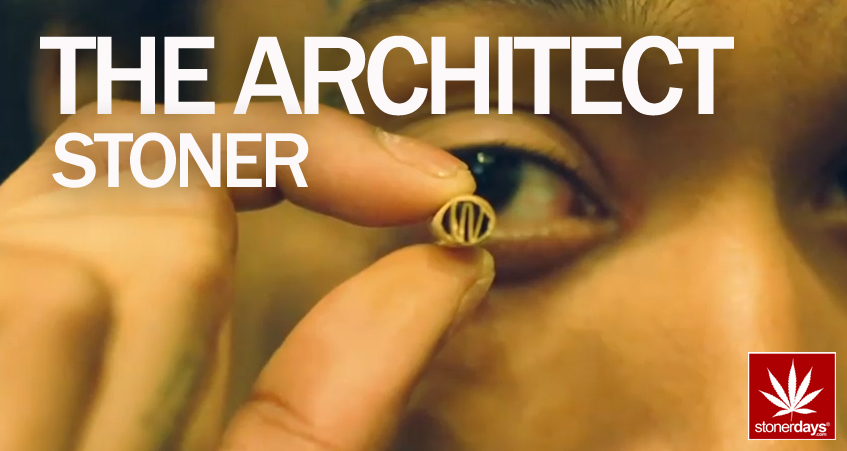 Have you seen the insane rolls that some stoners seem to be able to accomplish? I have begun to call these amazing rollers Architects because what else are you supposed to call someone that crafts such an awesome looking masterpiece? Whether they’re rolling joints that look like scorpions or revolvers, people like this should be respected for their awesome ability to roll bits of paper in to mini versions (or regular sized) of everyday objects. 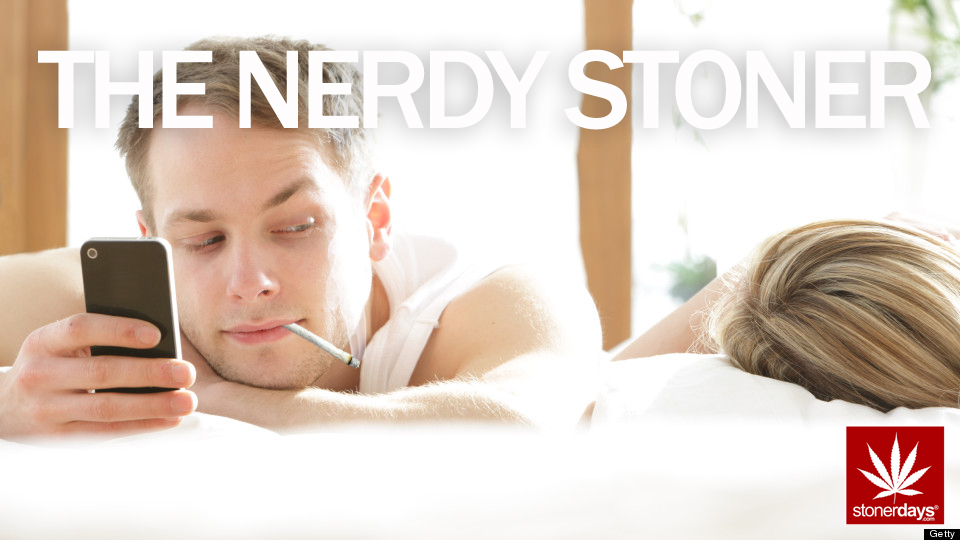 Getting stoned and gluing yourself to your phone isn’t that fun… or is it? For the nerdy stoner, getting baked and burying themselves in their phone seems like a pretty good time. If you happen to catch the nerdy stoner without a phone charger, you can be sure that once the battery shuts off, the nerdy stoner will want to talk about technological advances and where we’ll be in ten years. These stoners make good friends because they can keep you updated on the smarter points of stoner life. 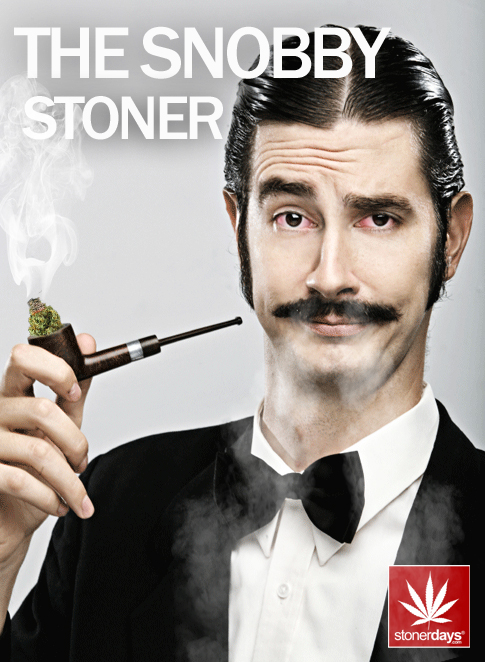 Whether it be weed, glass, papers, or vapes, this person has the best there is. While there’s nothing wrong with some nice stuff in your life, it seems like sometimes this stoner might be passive aggressive when it comes to comparisons. They have no problem saying that their weed is the best, even when it’s not. It’s definitely best to let them keep that number one mindset, as the snobby stoner gets really upset if talked down to. Just try to avoid any kind of conversation that could be considered competitive. 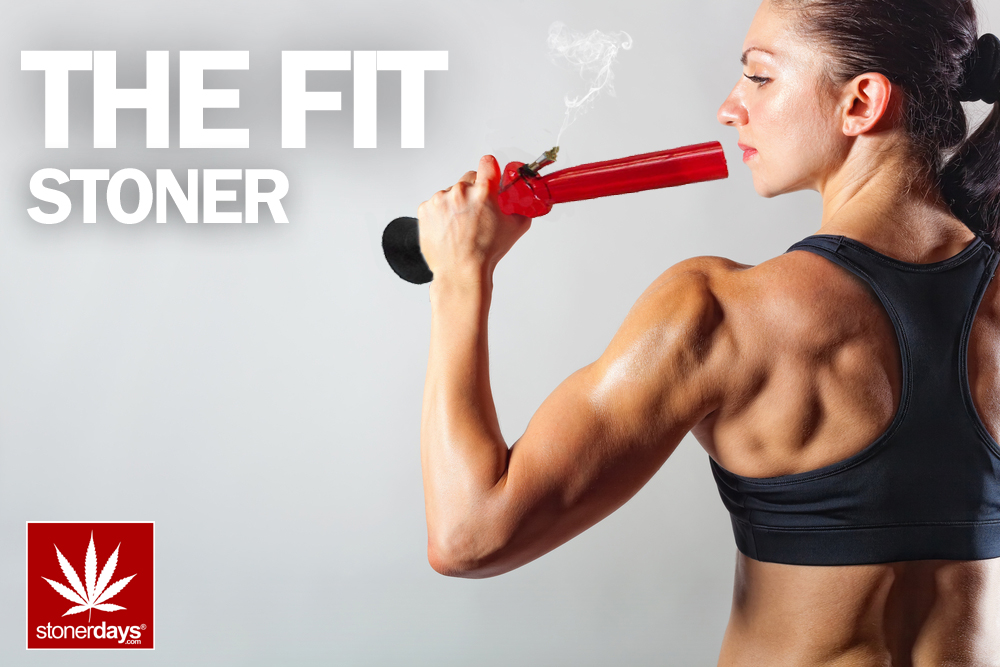 Get high, drink juice, work out, repeat! This stoner wouldn’t be caught dead in front of a television set. If they’re not working, chances are they’re at the gym, where they sneak smoke breaks with vapes on their breaks. These stoners are usually brilliant chefs so keeping them around may increase your healthy munchie intake, rather then the usual pizza. It’s also nice to hit the gym sometimes, just saying. 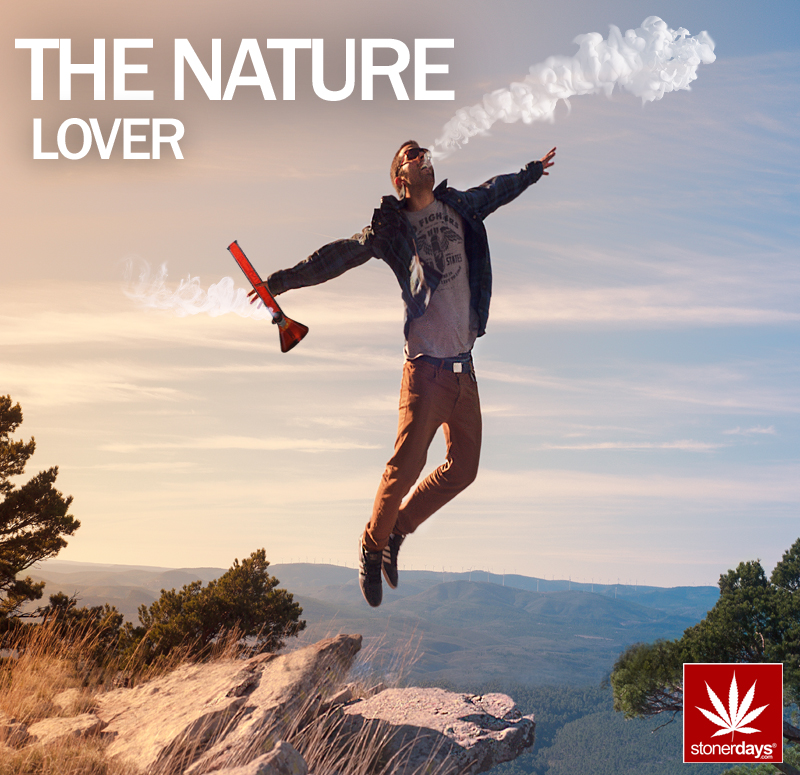 Any chance to get outside and the nature loving stoner will take it. Pack up the bong and the weed because hiking a mountain at the crack of dawn is the perfect way for this stoner to wake up. The best part about the nature stoner? The photography opportunities are endless, from the beach to the mountains. As with the fit stoner, this isn’t the kind of stoner that suffers from couchlock! Keeping a nature lover around will ensure that you get outside at least once a week! 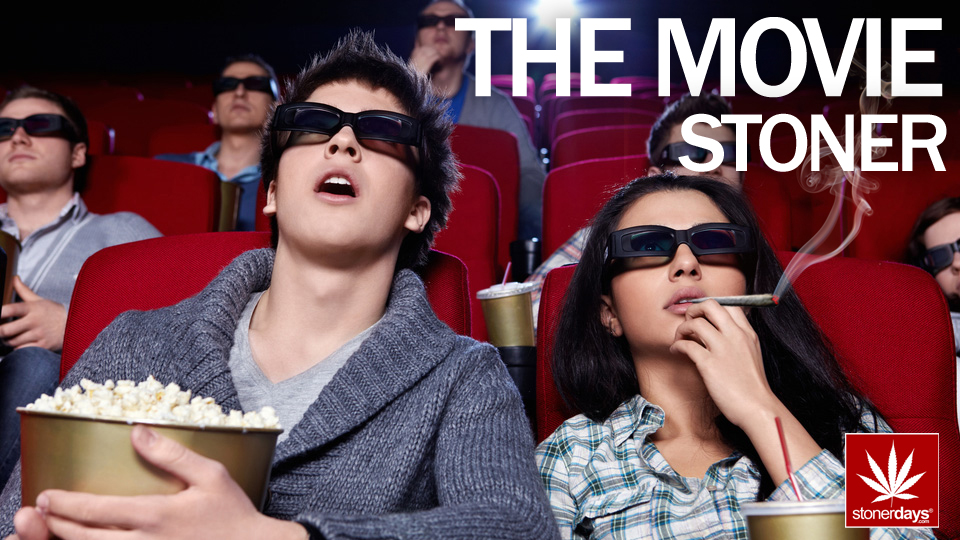 Every single line out of this person’s mouth is a line from a movie it seems… And they definitely know all of them! From comedies to horror, the movie loving smoker has a movie quote for everything. While sometimes funny, the constant movie quotes can get annoying when you’re trying to be serious. The movie lover is definitely good in small doses but it helps to keep it to a minimum. 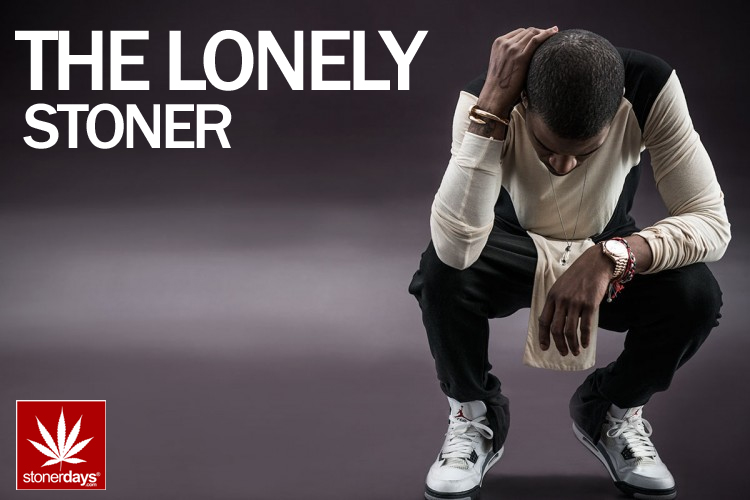 Rarely do you find the lonely stoner smoking with other people. They prefer to smoke by themselves as compared to being with others. They’ve either had bad experiences or are just not all about having people around. It’s good to know the lonely stoners because they tend to be quite intuitive and smart, making them great conversationalists. 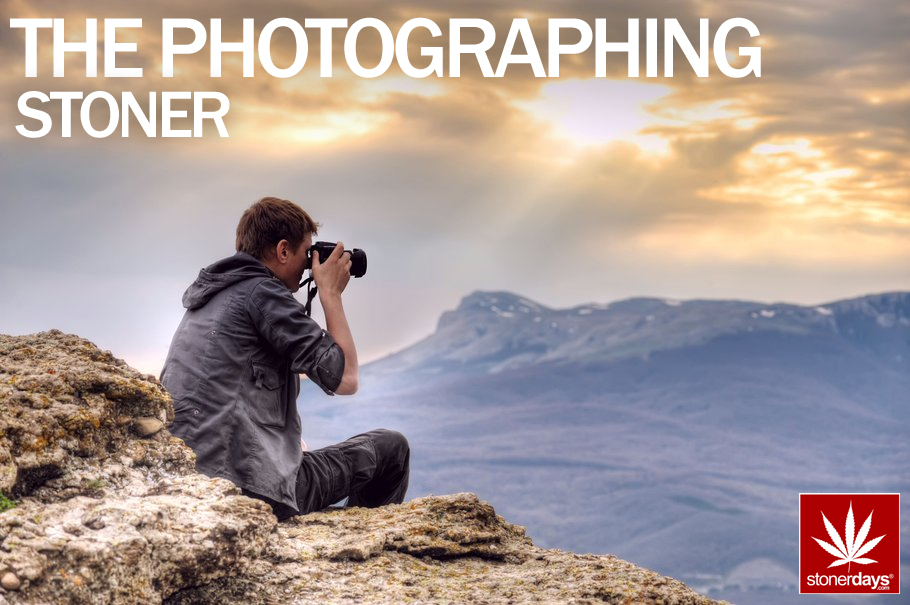 Constantly carrying a camera is a normal thing for the photographing stoner. They love to capture the beauty of the world and whether it’s an iPhone or a Nikon, you can trust that they’re getting some dope shots while you pass around the bong in the light from the setting sun. If you’re one of the many stoners on social media, you’ll want to have this skilled stoner around.

What kind of stoner are you?