The cannabis community spans a wide variety of different people, from classy business people who like toking after a long day’s work to the humble stoner that works three jobs just to pay rent to the chemotherapy patient who just wants to eat a normal meal. It’s absolutely astounding how many people are smoking weed these days! But there has been quite a fuss recently in the social media area of the community about crystals and stones. These rocks are believed to enhance life for the person who holds them and are also used for healing, promoting good fortune, and protection. A lot of stoners are beginning to trust in the power of the crystals, believing that the stones positively interact with the spiritual aspect of cannabis, forming a very uplifting experience and energy. 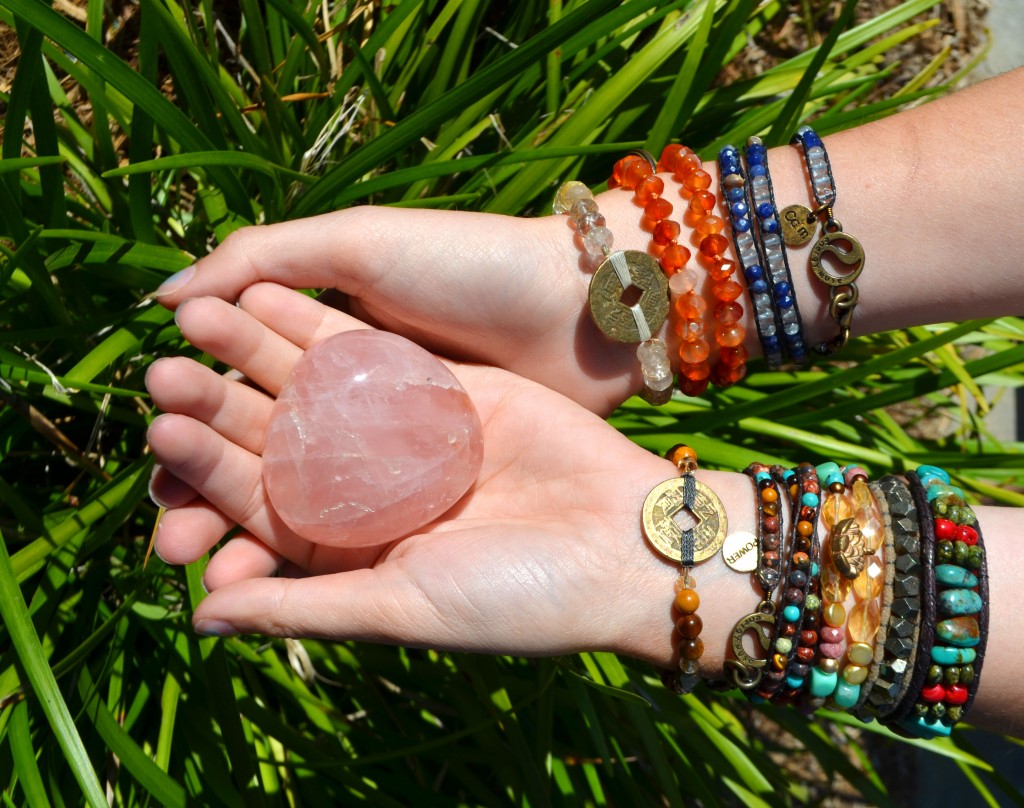 Stones have been used for thousands of years as part of healing ceremonies. Every crystal has a different internal structure, which makes the crystal resonate at a certain frequency. When the resonance is applied to the bodies energy systems, it stimulates the bodies natural healing mechanisms. This very simple form of therapy for stressed out/anxious/depressed/etc patients is non-invasive and is gaining extreme popularity in the stoner community, for multiple reasons. Some stoners put crystals in the ice catchers of their bongs (after they’ve been cleaned of course), sometimes they even set them in the bong water itself. Others place the stones with their stash, hoping that the positive vibes from the crystals transfer to the cannabis, giving the person who smokes it better insight and a more uplifting experience. 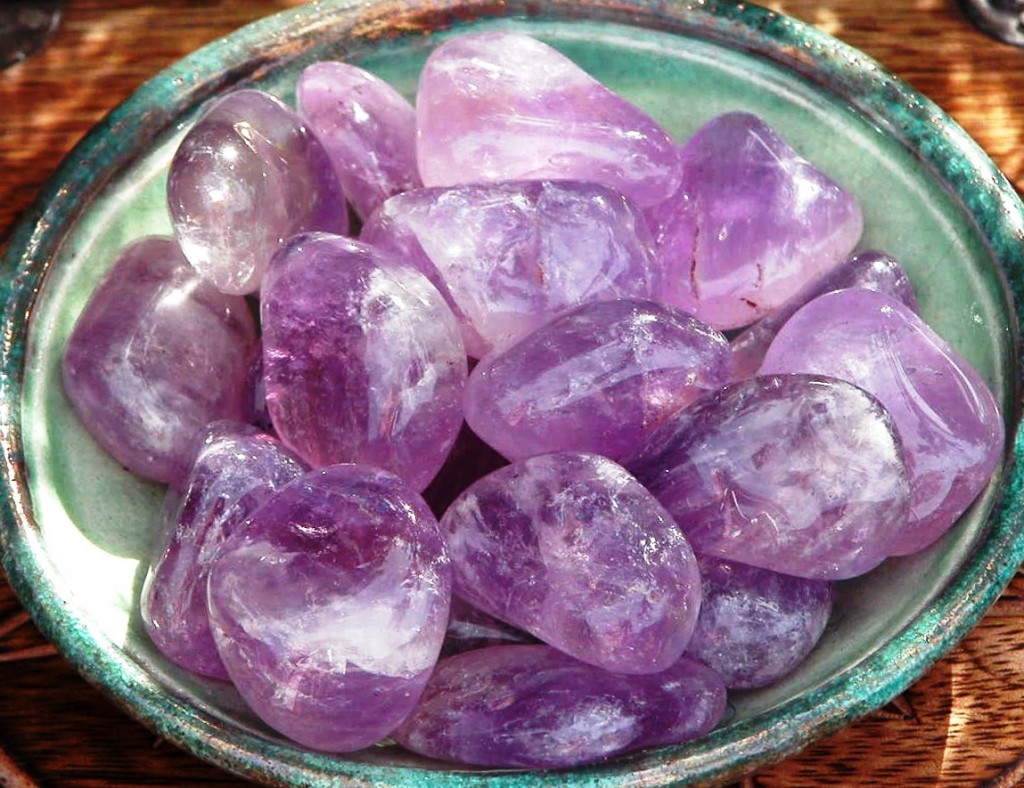 Stoners just want to be happy. With the positive energy that crystals bring with them, they only enhance the happy feelings that cannabis gives users. Every stone/crystal has a different resonance, as said above, making it interesting to collect different stones and see how they effect the overall swing of things. Many stones are said to promote happiness and good luck, making them awesome for stoners who suffer from depression and anxiety, as well as patients in extreme pain. Simply by placing the crystals in the sunlight for 24 hours or so and then holding them somewhere on your person, a positive effect can definitely be felt that is only magnified by marijuana. 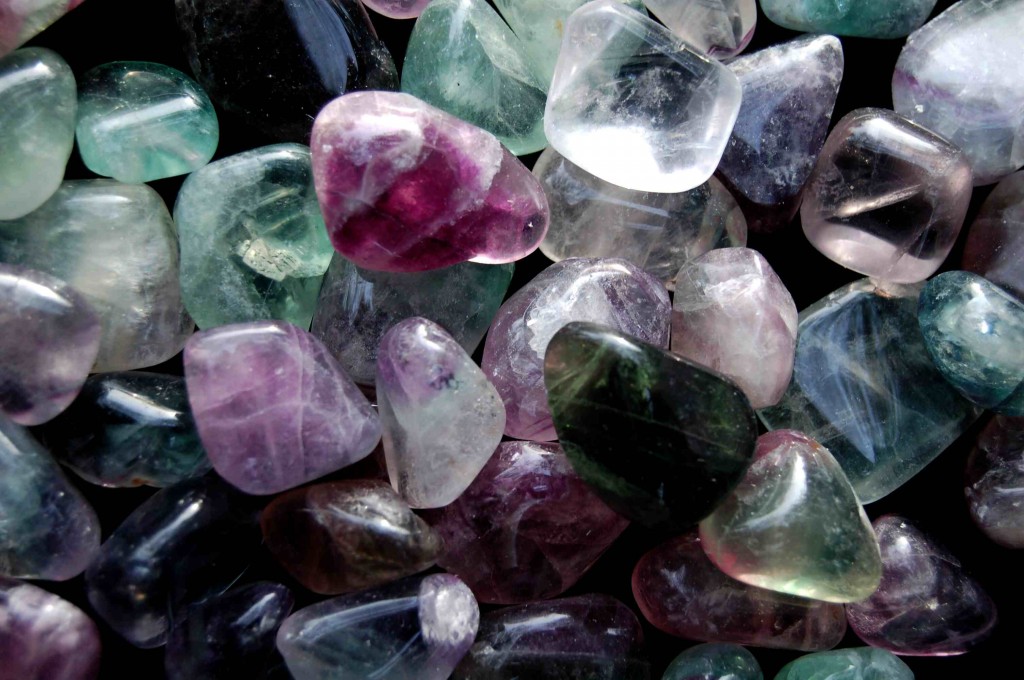 Another things that stoners have reportedly used the crystals for is in the gardens! Plants and crystals are known to interact extremely well together, especially when the crystals are buried in the dirt. More than one stoner says that when charged crystals were applied to dead or dying plants, the cannabis somehow managed to improve in growth and health, eventually flowering and producing bud. The crystals used in this process were usually sticks with a hexagon base and a pointy end. The pointed end was put in to the soil where the plant was potted and left there. Eventually the plants began to improve. The crystals that were primarily used for this are amethyst and clear quartz. 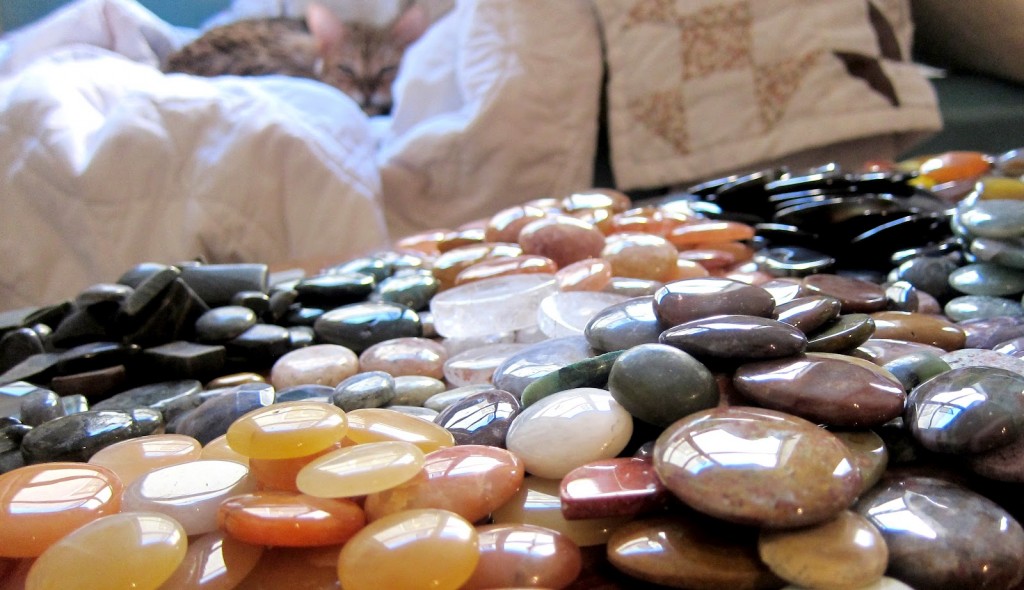 Some people may not buy in to the power of the crystals and brush off the effects. However, the rocks are becoming more and more popular among stoners, for one reason or another. It’s definitely recommended (since the stones are not that expensive and most can be located on eBay) that if you’re feeling down lately or your plants seem to be lacking a bit of life, you should invest in a few pieces of crystal. If their effects don’t seem to work as well for you as they do for others, the total beauty of the crystals is enough to want to collect them, just to look at them.