Albinism is a genetic disorder which causes the afflicted to lack pigment in their appearance. So basically, the outer appearance will be washed out, lacking of the normal hair color, eye color, and skin color. Albinism comes with multiple problems for human sufferers, including the loss of eyesight and a higher risk of skin cancer as well as extreme sensitivity to light. Sometimes, it can even lead to immune deficiency and leave the afflicted far more susceptible to disease and infection. Sounds pretty shitty, right? This disorder effects all species, including plants. This includes our beloved Mary Jane, which can absolutely suffer from plant albinism, which effects the amount of chlorophyl that the foliage produces. 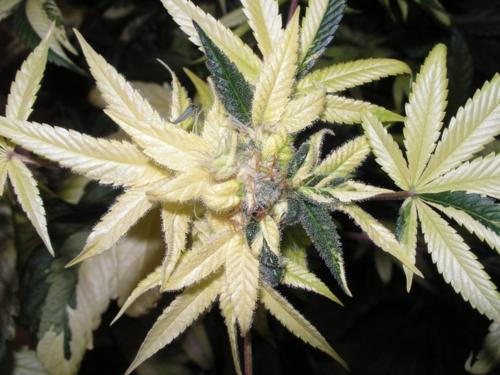 Plants need chlorophyl in order to photosynthesize, the process in which plants make their food. With photosynthesis, the plant will die within days of it sprouting from the seed. The seedling will use up all of it’s stored energy, causing a very quick death. Strangely enough, some plants manage to live through the rough first part of their lives. Since the disorder is genetic, it is possible for a normal green plant to sprout random white leaves and stalks, creating an unbelievably beautiful sight. These plants legitimately are half green and half white, including the buds that are harvested. Albano plants possess the same sensitivity to light that humans also suffer from and if found in the grow room, should be treated in two different ways. 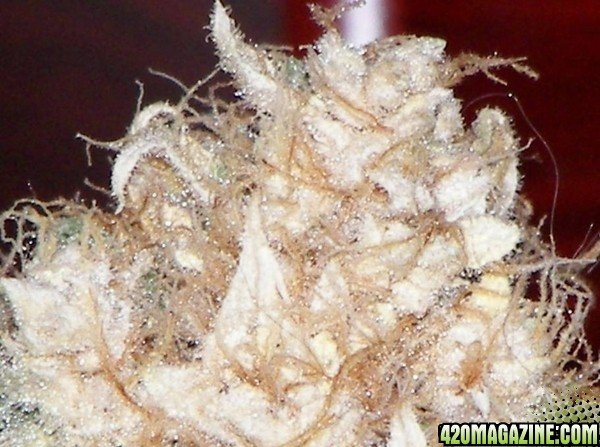 Because the albino plant has weaker genetics, the buds produced are far less potent than their green/red/purple counterparts possess. Seeing as how most natural forms of albinism result in early death (forgetting the seedlings, albino deer do not last long in nature, as their lack of camouflage prevents them from being able to hide from predators. With a lower THC/CBD content, the white plants aren’t exactly what high yielding growers want in the grow room. Some stoners, however, say that the white buds smoke far more smoothly, due to the lack of chlorophyl in the flower when smoked. 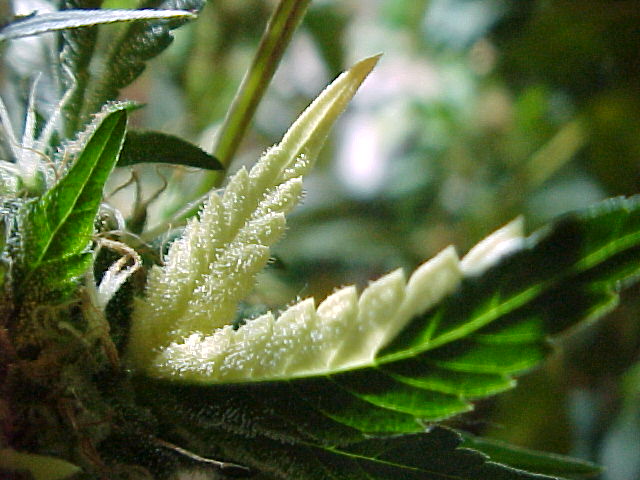 There are others who say that the white color usually effects the top of the buds, closest to the light. Since the buds are so high, they begin to turn white since the light is bleaching the tops. Some growers do compare the white buds with the purple buds that come from the grow rooms with colder flowering temps. While the purple buds are normally of equal or better quality than the normal green, the white buds are an actual mutant, a genetic mess up. So while the two may be looked at the same due to their extreme coloring, the white is more of a hinderance while the purp is more sought after. 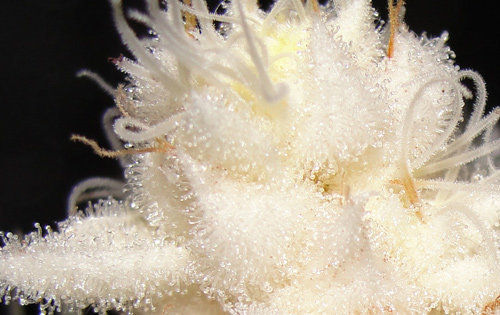 White marijuana plants are good for one thing really; aesthetics. The white flowers are definitely smokable and are sure to shock unsuspecting friends when you pull it out of your jar. The albinism can’t spread in the grow room so it’s not necessary to kill the plants immediately. However, as said before, the plant contains less of the desired quantities of THC and CBD, so the result of smoking it probably won’t make you incredibly baked but it’ll add a nice eye catcher to your garden! The most important thing to remember is that no matter what color the weed, don’t judge it if you’re not the one smoking it.