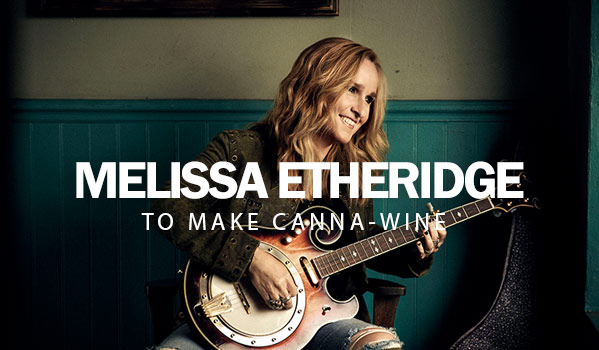 As a long time supporter of cannabis, Melissa Etheridge is a survivor of breast cancer and has highly regarded the cannabis plant as a lifesaving medicine that patients deserve unlimited access to. She recently told Bloomberg in an interview recently, “As a cancer survivor, I know the ravages of a serious illness and patients who are suffering deserve access to a medication that can provide them relief.” As most people know, cannabis and what it contains have been in the spotlight lately for being able to control and eliminate cancer from patients, showing much more positive results than chemotherapy and other methods that have been used to treat cancer. Etheridge went on to say, “Tonight, I stand with those patients, with their caregivers, and with the vast majority of New Yorkers who support medical marijuana.”

Not only that but Etheridge is planning on releasing numerous cannabis products on the consistently inflating marijuana market. Soon, she plans to release a cannabis infused wine which she thinks people will love. “It actually tastes amazing!” Etheridge said. The wine will be released soon, along with multiple other 420 friendly merchandise. The wine will be up against Devon’s cannabis infused ales, which are currently sold in the UK and have had an extremely large amount of popularity among those that use cannabis.

The cannabis market is extremely new, giving entrepreneurs the opportunity to break in on the ground floor. With so many new ideas, the market has unending potential. From things like wine and beer to extremely complex glass pieces, there are more innovative products hitting the market every day. Celebrities that endorse this market stand to make a lot of money, hopefully they will put that extra cash towards supporting the legalization of medical marijuana. With such large amounts of money to be made, reinvesting in to the industry will only further the cause. Props to Etheridge for supporting the cannabis community. Hopefully other celebrities will follow.