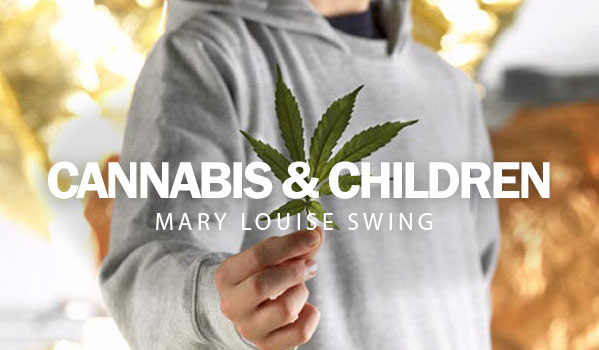 Of those that suffer from illness in this day and age, children get the short end of the stick if you will. Drugs administered to children can have extreme side effects and sometimes, even the doctors run out of options and end up trying experimental drugs or pharmaceuticals made for animals. These drugs have no known side effects and the long term effects on the children are also unknown, giving children with cancer and epilepsy a bleak future. This is especially hard on parents, as they have to stand by and watch their sick baby suffer with no idea on how to ease the pain.

More and more parents with sick kids are coming forward and backing cannabis as a treatment for their children’s disease. For example, six year old Mary Louise Swing from Hilton Head Island in South Carolina suffers from severe seizures, sometimes over up to 100 in a 45 minute therapy session with her doctors. The little girl could barely speak, as the seizures were effecting her development and energy levels severely.

Jill Swing, Mary Louise’s mother, fought tooth and nail with the politicians in South Carolina to change the law and allow people suffering from severe epilepsy to ingest cannabis oil. The oil has been studied and found to have amazing effects on young children who are suffering with deadly diseases including cancer and epilepsy. After a long battle, the officials in SC passed the bill and the little girl received her first dose of the oil recently, with effects that amazed everyone.

Mary Louise got one dose of cannabidol, also known as CBD oil. During her 45 minute therapy sessions, her seizures decreased to 19 as compared to the previous staggering number of 100. Before, the little girl was quiet and had trouble speaking. After the dose, her mother says that she is a little chatterbox and never stops speaking, something that wasn’t foreseen in Mary Louise’s future for a long time. Beaufort Republican Senator Tom Davis says that he will soon file a bill that will allow an expansion of cannabis oil use for those patients, like Mary Louise, who could really benefit from the use of the oil.