As more and more states hop aboard the legalization wagon that will inevitably become federal law, marijuana use will manifest in new demographics and cultural groups. Smoking weed will (and has begun to) inevitably transcend many facets of life, from music to sports to food. 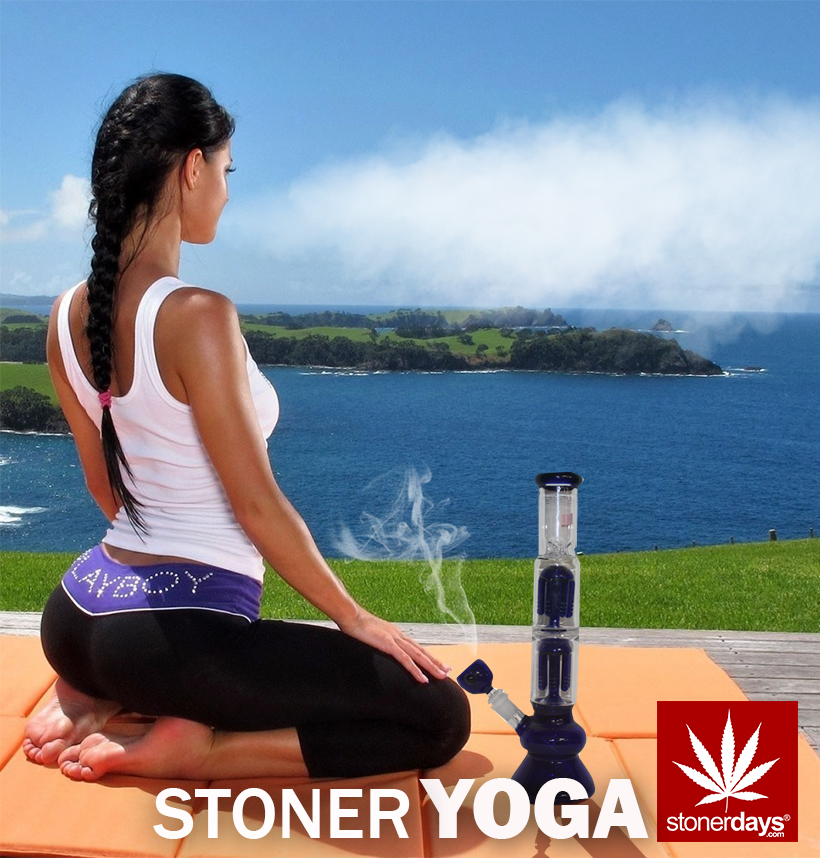 One these groups in an obvious one with room for synergy–the hyper-trendy fad that every twenty-something in butt pants is currently immersed in: yoga. That’s right, you can twist around like a pretzel while you’re baked like one. It seems counterintuitive: Weed isn’t exactly known for encouraging you to exercise–unless the trip from the couch to 7/11 for ungodly amounts of junk food counts as exercise. Which, I think our waistlines will all agree, doesn’t quite cut it.

But an uplifting Sativa coupled with a smooth stretch can be a perfect combination. And it’s already happening. 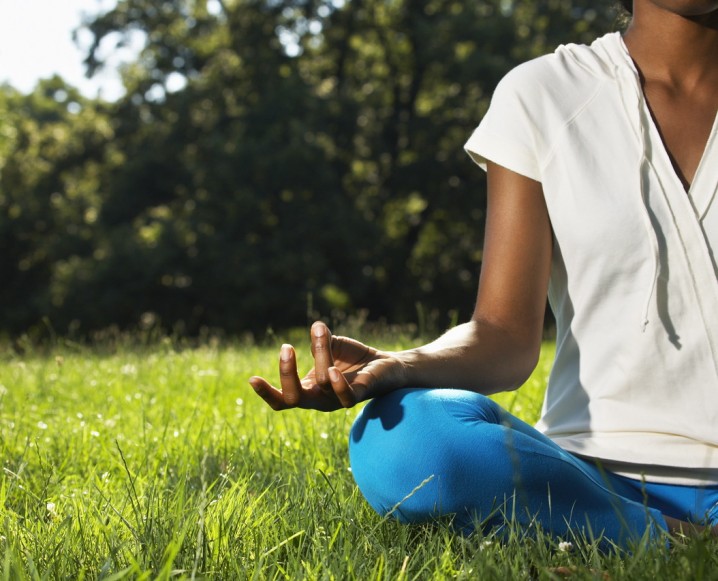 Call it what you’d like- the most popular names are “Ganja Yoga”, “420 Remedy Yoga”, or simply “enhanced yoga”, but regardless of how you say it, Stoned Yoga is a rising trend.

Yogis in both Canada and the crunchy, granola states in the US are beginning to advocate for this “synergistic pairing”, even though, doubtless, it probably hasn’t been much of a secret to those involved in highly spiritual alternative lifestyles. While some are more hesitant to engage in this approach (i.e. suburban mothers trying to stay in shape without doing real exercise, or girls too lazy for real pants who don’t really do yoga as often as they wear the cute pants), the concept is only new to the Western world. 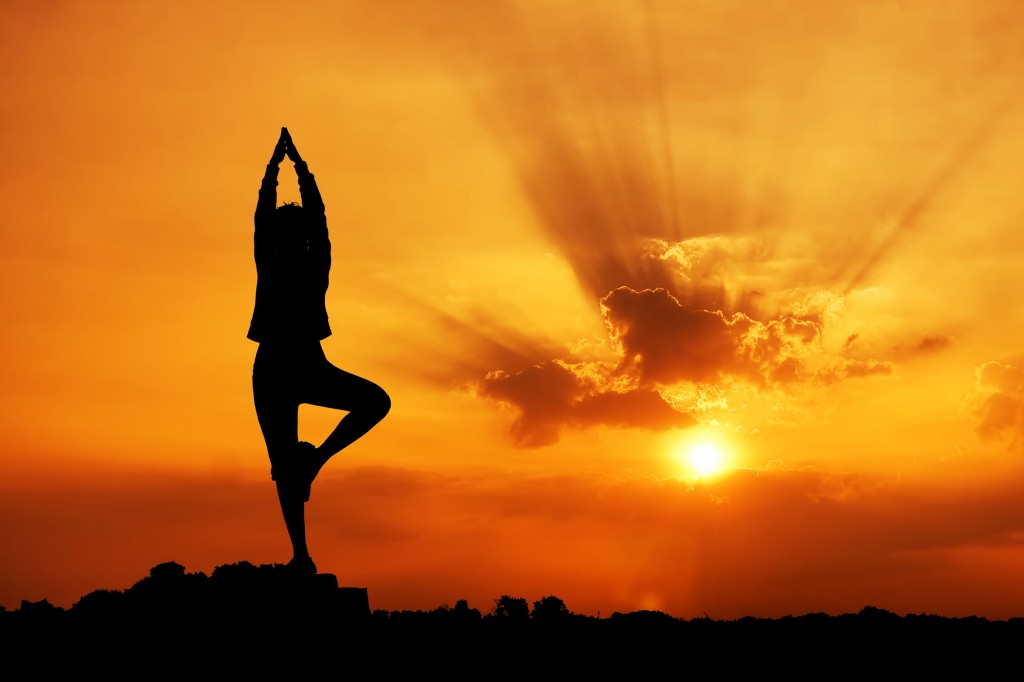 The mingling of pot and yoga is an ancient one, according to an article by the elephantjournal.com, which cites one of the leaders in the Yoga Sutra, written in the second century in India, Patanjali. This text suggests that cannabis can be a type of sedative, like yoga.

“The subtler attainments come with birth or are attained through herbs, mantra, austerities or concentration.”

Cannabis use allows for a quieting of the outside world, and the ability to focus more totally on the interior process of meditation.”

“By infusing ganja or some hallucinogenic drug, the chemical properties of the gross body change. The heart slows down, the breathing rate changes, the brain waves alter and the mind becomes calm and still. Is it not possible to arrive at the same point through Kriya Yoga?”

The effects of weed on the individual coincide with the intended effects of yoga- chemicals compliment the meditation process. An ancient Mahanirvana Tantra text contains a mantra to be said before ingesting marijuana for yogic mediation:

“Bhava no sana hridayam”, translating into, “May this cannabis be a blessing to my heart” 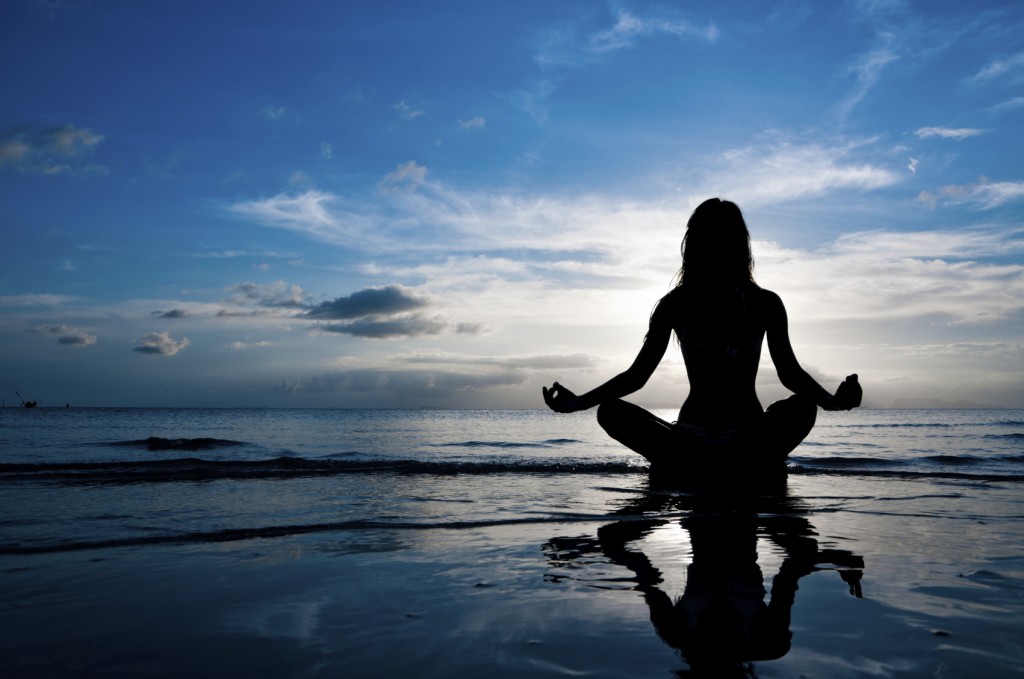 This text also points out that cannabis use may allow people who would otherwise be unable to participate in yoga, perhaps due to chronic pain, partake in the practice. The effects aid not only the spiritual existence, but the physical body as well. Those in ill-health and the inflexible are recommended to employ herbal aid to take the edge off of certain poses that may otherwise cause them pain. People with ADD or other afflictions that might place yoga out of reach might find this combination to their advantage. Yoga doesn’t discriminate. Just try not to fall asleep in the Child’s pose.

So feel free to toke up, get balanced, and be blessed!