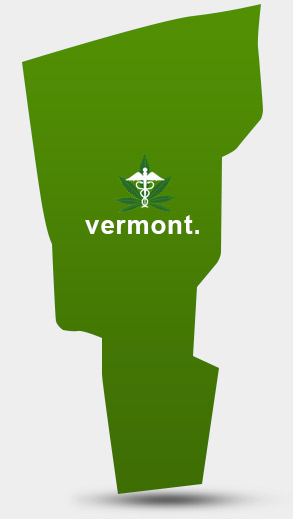 The Law
Senate Bill 76, the “Act Relating to Marijuana Use by Persons with Severe Illness” was approved on May 26th, 2004. Gov. James Douglas allowed the act to pass into law unsigned.

Conditions
Cancer, AIDS, positive status for HIV, multiple sclerosis, or the treatment of these conditions if the disease or the treatment results in severe, persistent, and intractable symptoms; or a disease, medical condition, or its treatment that is chronic, debilitating and produces severe, persistent, and one or more of the following intractable symptoms: cachexia or wasting syndrome, severe pain or nausea or seizures.

Tell us what you think about these laws and how they might effect you and your state you live in. Cannabis legalization if on the rise. With a list a states scheduled to legalize this year, they will be the ones showing the rest the way. By now parties of both sides should have enough evidence that cannabis is not a schedule 1 drug. The push continues and is such a long drag, but with voters showing up the war may end soon.