I have a strong belief that childhood is something that should be held on to. In a world that’s so full of sadness and negativity, it’s nice to have memories that are positive and free from the bullshit of adult life. Stoners especially seem to love reminiscing about past things, especially pop culture references. Movies, music, and TV have played a huge part in a lot of people’s lives. Since stoners vary in age from very young to senior citizens, I feel like the 90s is a fair median and almost everyone is familiar with the films released in this time. Here are five of what I think to be some of the best nostalgic 90s movies that are absolutely awesome to watch stoned. 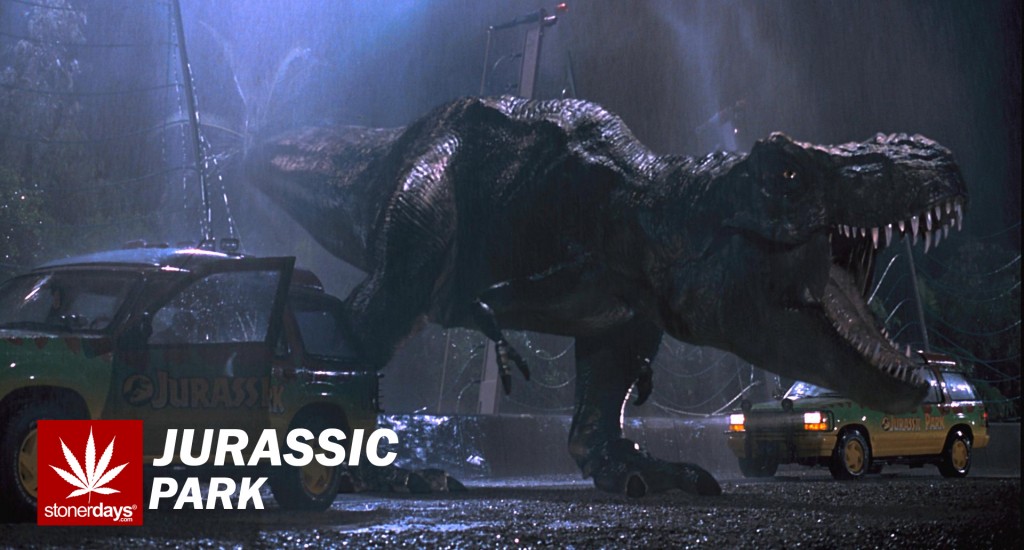 This movie was far ahead of it’s time, with incredible robotic effects that blew people away when it was released. From the actual robotic Triceratops that moved completely on it’s own to the clever guitar-under-the-dashboard trick to make the car’s seem like they were shaking when the T-Rex was hunting the island visitors down. Pack up a bong and take a huge rip every time someone gets eat… Or every time Samuel L. Jackson smokes a cigarette. 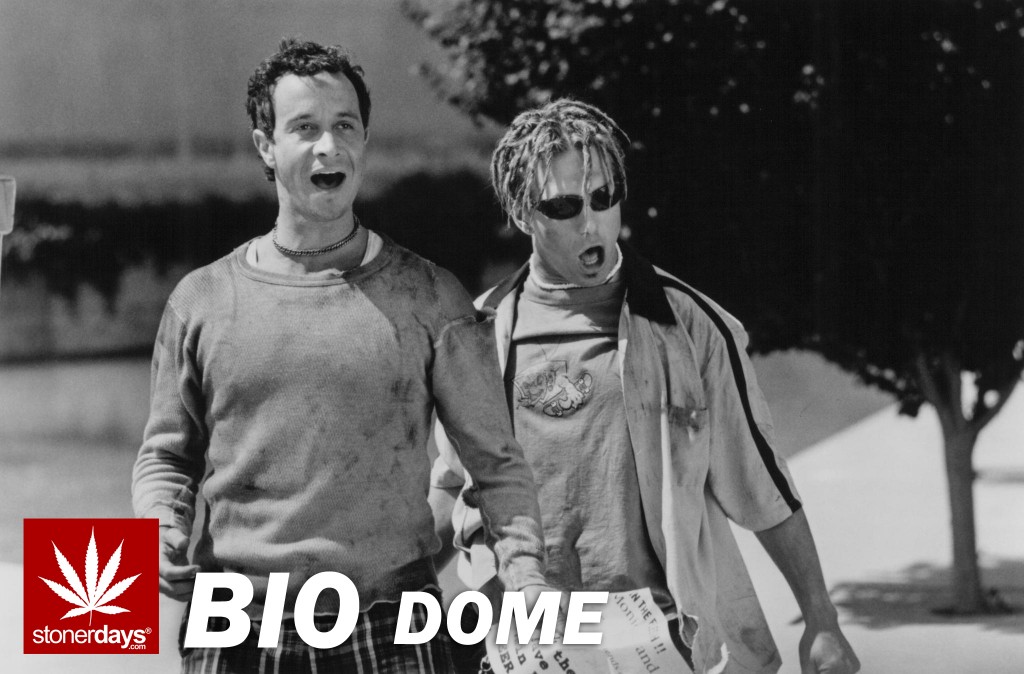 When two stoners get stuck inside of a scientific experiment consisting of a giant bio-dome, the scientists involved are pretty pissed. But since the dome is sealed for a year, there’s nothing that can be done. The two very different people must learn to coexist and save the earth together, something that stoners seem to be pretty good at when given the chance in films like this. 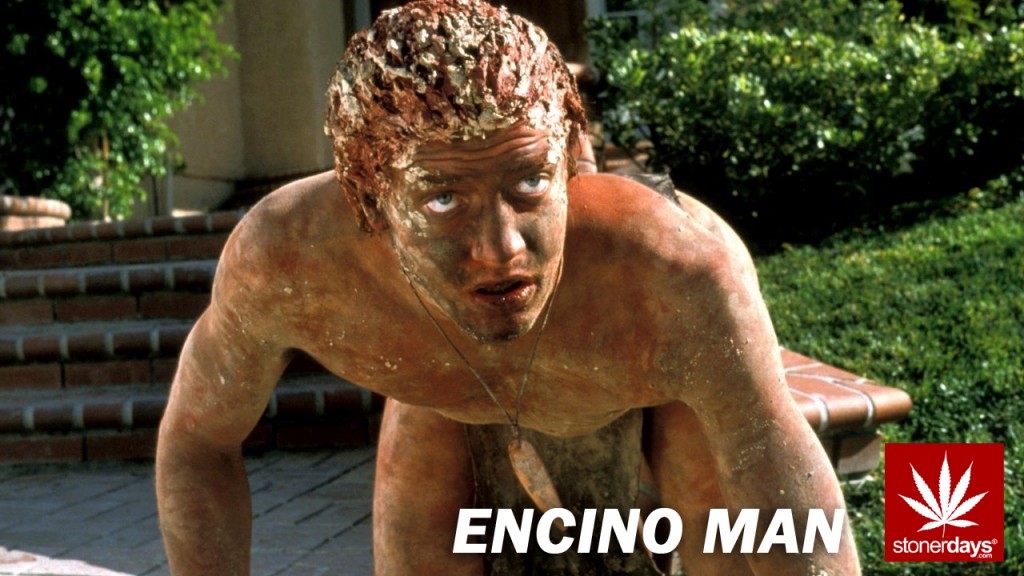 Two high school rejects attempt to build a pool in their backyard, only to stumble across a caveman that’s been trapped in ice for thousands of years. After some thawing and a serious makeover, the caveman goes to school with the two nerds and becomes a hit. The movie continues on about their escapades of keeping a caveman around and stars Pauly Shore and Brendan Fraser. 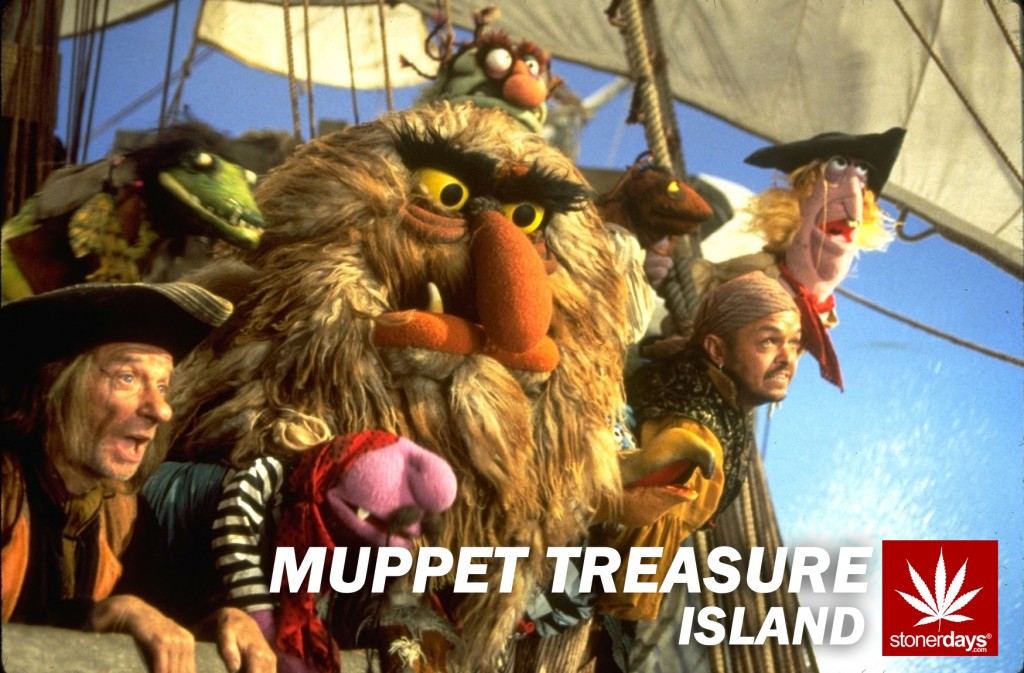 The Muppets are easily some of the greatest movies to watch when you’re baked. Animal is a favorite of everyone. But getting stoned and watching Muppet Treasure Island? Definitely a highly recommended movie to watch when baked. The singing is hilarious, plus Gonzo and Rizzo are constantly beating each other up. If you haven’t seen this flick yet, you best get to finding it online. 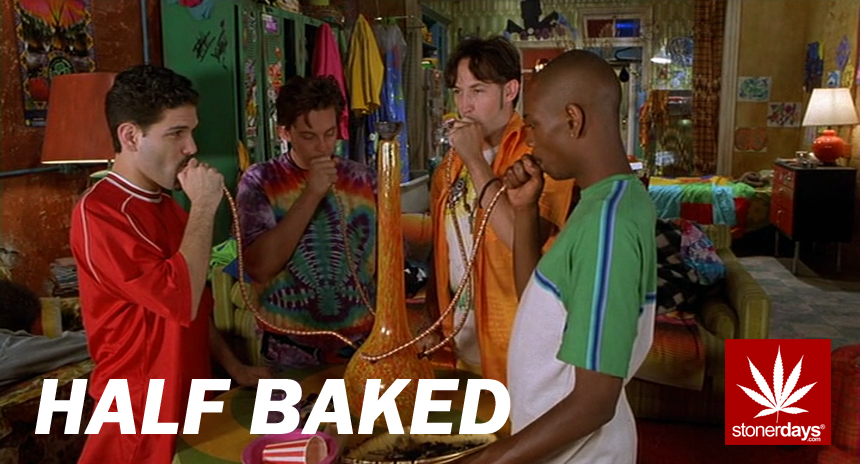 A classic stoner flick anyways, we couldn’t make this list and not include Half Baked. So much weed smoking and so many goofy jokes, this film is on every stoner’s list of favorites. The goofy editorial of Thurgood will have you rolling with laughter every time you watch it, especially the date scene where he’s broke and keeps getting upset when his Mary Jane wants to spend his money.