The New England states have been a much less talked about subject in the move towards marijuana acceptance. Maine and Vermont especially. The Marijuana Policy Project has decided to take it a step further. The project bought $2,500 worth of mobile ad space on the sides of busses and are going to turn them into positive, marijuana ads. This seems like it would be a great idea, since alcohol vendors are allowed to advertise EVERYWHERE. Marijuana can produce more money so why can’t the green be shown to citizens?

The campaign does exactly what it should do; it spotlights the fact that alcohol is okay while marijuana isn’t. Of course, while the ads aren’t anything explicit and resemble something that would be seen on the wall at a doctors office, the anti-drug crusaders are all over it. Kate Perkins, a spokesperson for the anti-drug group called 21 Reasons told WCSH News that it’s “highly inappropriate to be promoting pro-marijuana message in a place that has a large audience of people under 21.” So keeping kids in the dark is better than them knowing the issues presented in the current world? I’m sorry but I can’t help but shake my head at anti-drug logic sometimes. 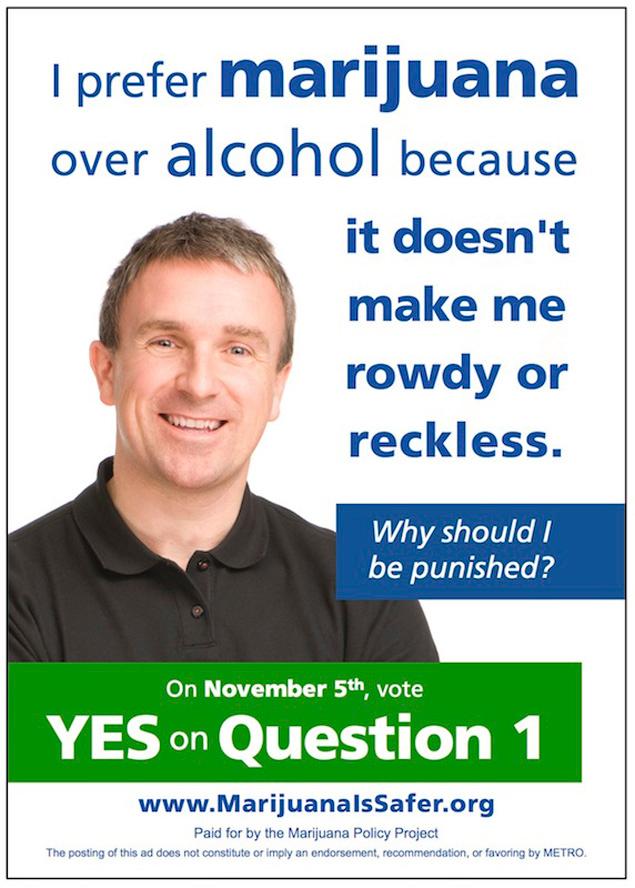 November 5th marks a day that may change Maine history and open the doors to much GREENER possibilities. It’s this day that Question 1 will be presented to voters. This initiative says that recreational pot use would be allowed in Portland for adults. Maine already allows medical and this measure would allow everyone to get stoned in Portland. How could you argue with that? I’m already packing my bags, since Mason Tvert, communications director from MPP thinks that the measure will pass. 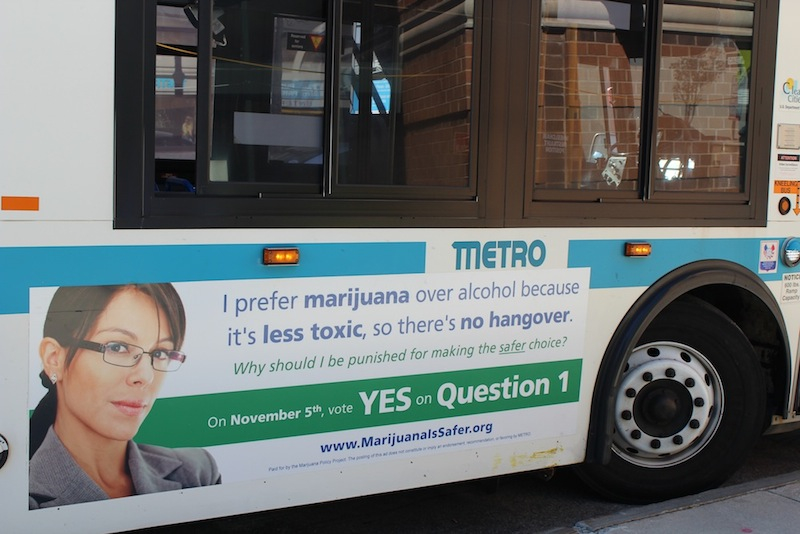 Looking at the ads, they are not offensive, nor do they blatantly broadcast marijuana use. They don’t even have photos of the plants on them. The ads depict normal looking people, paired with quotes and slogans that are pro marijuana. While I understand that Portland is a smaller place, there are far more offensive billboards and ads in Times Square and magazines. You’re going to tell me that a billboard on a bus that promotes a healthy lifestyle choice is worse than the supermarket magazines that scream headlines about domestic violence and how so-and-so got married for half a day. 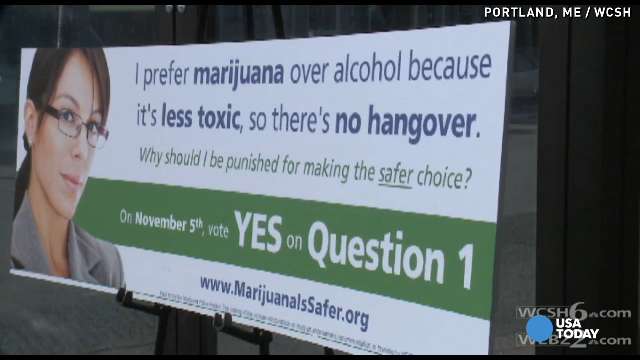 I get that parents want their kids to stay away from drugs. I grew up with a cop for a parent, so trust me I know that parents worry about their kids. But there’s a difference between worry and isolation from the real world. Marijuana legalization becomes a larger possibility every single day. What are the anti-drug groups going to say when marijuana becomes legal? Will they explain it to their children as an abomination? Or will they be able to muster the courage to speak to their children about the BENEFITS of marijuana, rather than the negatives.