Cannabis has been decriminalized in Massachusetts. However, the activists in this east coast state are really pushing for legalization of the plant. The primary goal of these cannabis loving activists is very simple; legalize marijuana and get it up to speed with tobacco and alcohol, hopefully to someday surpass those two much more harmful substances. 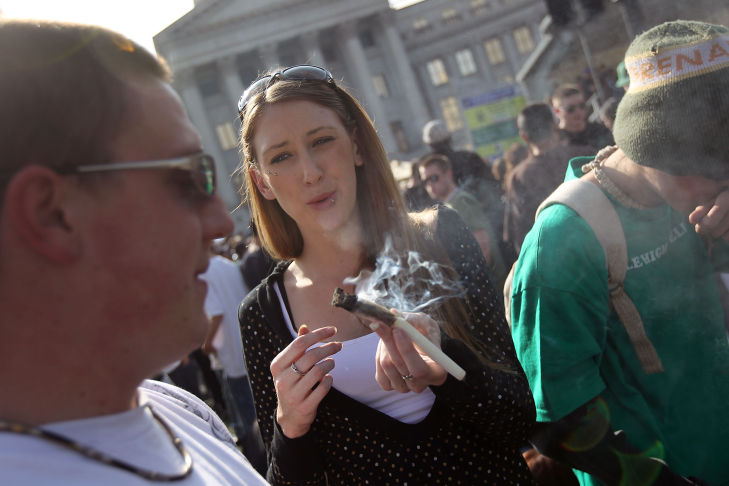 The Bay State Repeal group is putting the proposal to legalize on the ballot in 2016, first testing the waters by putting nonbinding referendum questions on next years ballots, to see where the citizens stand on the marijuana movement. These questions will gather data on whether or not the measure will pass when the voters receive the final ballot in 2016. And while cannabis has been decriminalized in MA, there are some towns that aren’t upholding that law, saying that it has too many loopholes. The current law in MA states that a person who possess up to an ounce of cannabis is subject to a $100 fine.

The only argument that naysayers seem to have is the gateway drug route, one that is really starting to get old. Essex County District Attorney Jonathan Blodgette stated that there is “medical information that is irrefutable that kids who start smoking marijuana are more likely to have substance abuse problems as adults”. People can use this excuse as many times as they want… It still won’t hold water. If marijuana leads individuals to harder drugs, it is because the person is a) extremely susceptible to peer pressure or b) have an extremely addictive personality and shouldn’t dabble in things they believe they may become addicted to. Self control is required in order to avoid sinking in to addiction. Marijuana is a medicine, not a drug.

It was last year that Massachusetts passed a medical marijuana bill in an overwhelming landslide. The bill would allow up to thirty five dispensaries across the state. There is a list of around 100 applicants that the health officials released and they hope to give out licenses to the chosen applicants next year. It would be great if Massachusetts legalized marijuana. Not only would more patients be able to get medicine and we would be one more step closer to a fully legal US, but it would put the east coast on the map in the cannabis community.