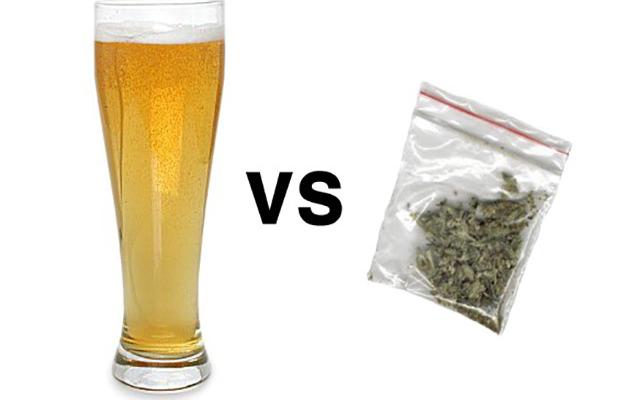 It’s Friday night stoners. You’re smoking marijuana in the process of making plans with your friends. Some of them want to head to the bar and drink until whenever the bars close. But on the other hand, your other buddies are planning on getting together and smoking blunt after blunt while pigging out on pizza and popcorn. What group of friends are you going to hang with? The potheads or the drinkers? Here’s five decently good reasons as to why you should choose the potheads. (Note; you’re obviously free to do what you want. We are in no way shaming people who like to drink and have a good time. But, let’s face it, marijuana is safer than alcohol and we want our readers to be safe!)

1. If you choose to drink, there is a chance that you may end up passed out somewhere unpleasant. And by that, I don’t mean in an uncomfortable position in your buddies arm chair. I mean hugging the toilet/on the ground in an alley/random person’s car unpleasant. Even if you make it to your own bed, you still risk the chance of waking up in a puddle of whatever you ate before you started drinking… Or realizing that you karate chopped your air conditioner out of your second story window.

2. Hanging out with potheads tends to be a much less dangerous venture. Drunk people can get extremely rowdy and that can cause a spike in testosterone (or estrogen, depending on your gender). Recently, in a club in New England, a fight broke out at a popular club and when the police arrived to break it up, they found three people with stab wounds, one of which ended up dying. The club was so busy that the assailant still hasn’t been found. Chances are slim that your baked friends will try to stab you or anyone else and will instead focus on debating the best way to smoke weed for four hours while watching cartoons.

3. The term “weed hangover” mostly pertains to the feeling of still being high one gets when waking up after a night of heavy smoking. There is no headache or gross feeling in your stomach. Instead, you wake up groggy and find it hard to roll out of bed to get a bowl of Cinnamon Toast Crunch. Alcohol not only dehydrates your body, but you get immediate withdrawal symptoms (the dreaded hangover). Some people who drink even start to get these withdrawals within minutes of their last drink. 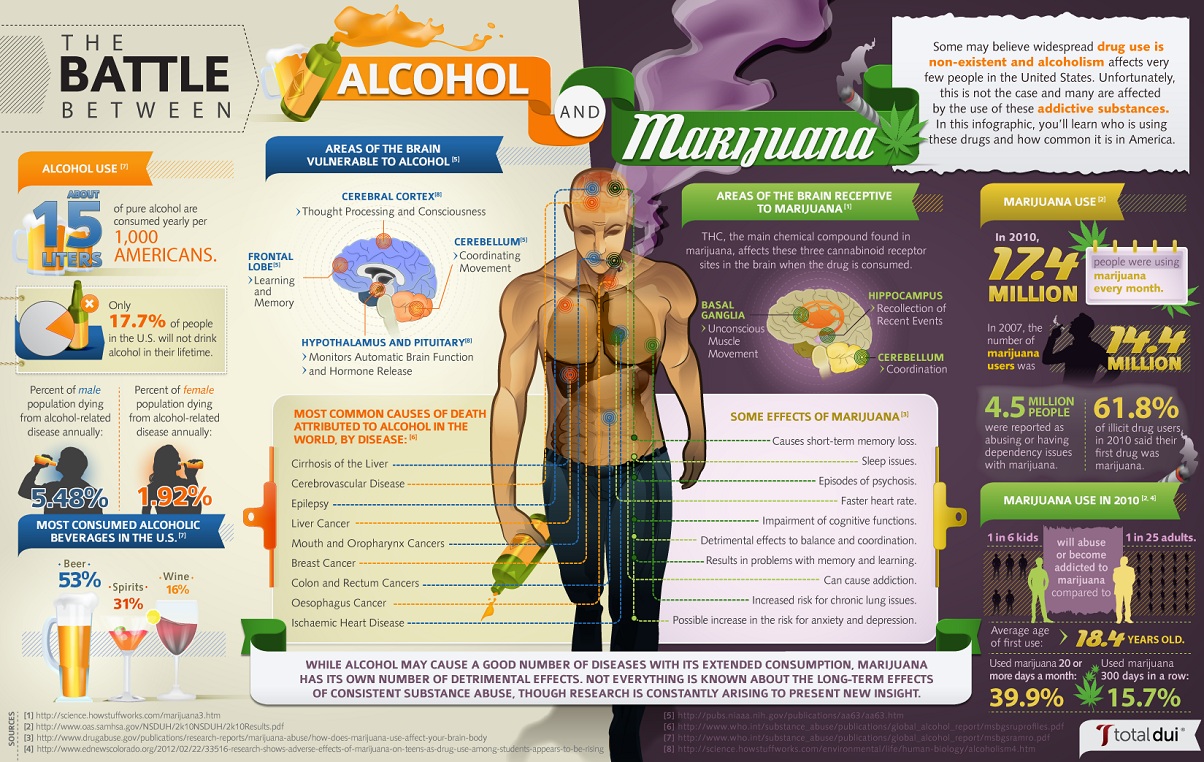 4. Going to a bar almost guarantees that your wallet will be empty when you wake up. Not only are drinks extremely expensive but you have to tip the bartender or server that’s taking care of you. And if you don’t tip these people, you absolutely should not be drinking at the bar. You don’t have to tip the weedman, unless you feel like giving him a pack of stickers from your favorite 420 friendly company. 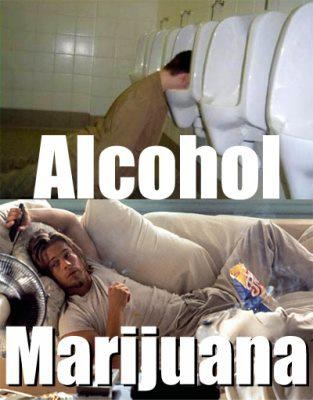 5. If you’ve ever had one too many drinks in your life, you know how possible it is to wake up in bed with someone that you may not find as attractive as the night before. Drunk goggles get people in to a lot of uncomfortable situations. Maybe you hook up with someone you don’t find attractive, your ex, or your best friend’s significant other. Alcohol makes people make some questionable choices. But smoking a few blunts probably won’t bring you down this path and you’ll most likely end up cuddling a pillow (or, you know, your boy/girlfriend) instead of someone (or something) that you shouldn’t be.