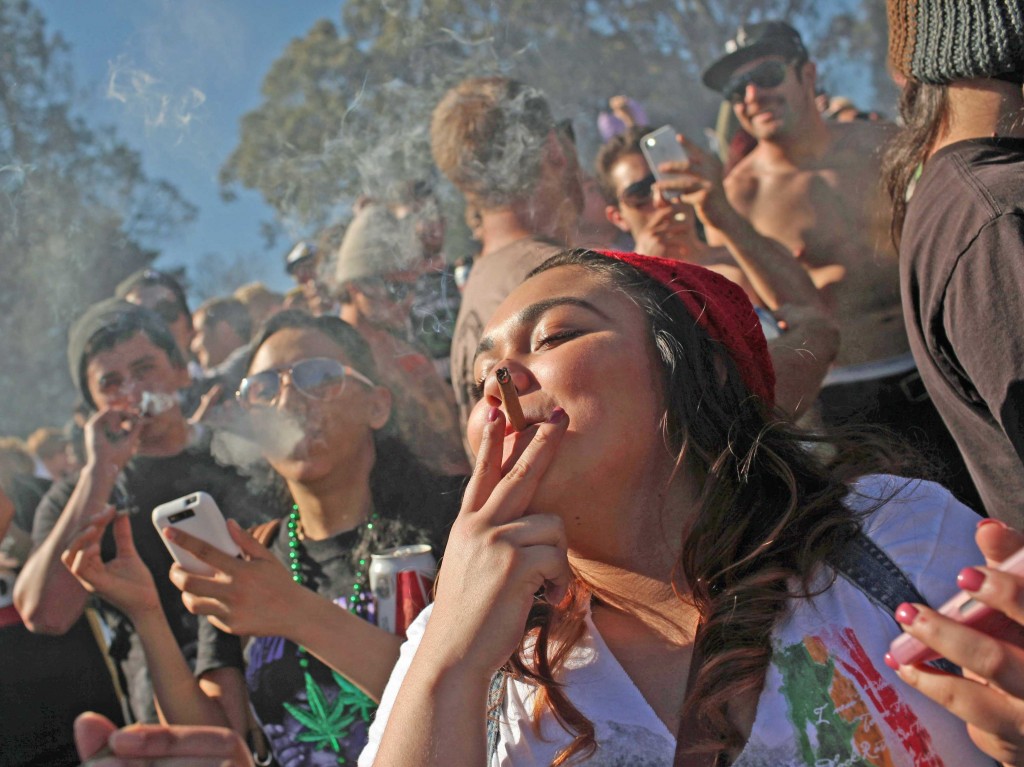 Marijuana is a drug. Whether we like it or not, it is what it is. People still tell others “marijuana brings violence” and “people die because of marijuana”. Oh they do? Marijuana has a very peaceful and serene effect on those that smoke. Occasionally, there is an unfortunate person who is allergic to pot and yes, that does happen. There are plenty of people who get hives or extremely sick when they smoke. But is marijuana a violent thing? What about the plant makes people say that it’s harmful?
Well the government says it’s dangerous… Therefore, it must be, right? Wrong. It’s debatable if our buddies on the higher ups realize that THEY are the cause of the violence surrounding marijuana. It’s the government who blasts up grow ops with guns, shields, and Kevlar vests. A dispensary raid looks like a terrorist bomb threat when you see them recorded on YouTube. Now please, riddle me this; why in the hell do authorities need to blast in to a clinic, guns blazing, and shouting just to tell the people that they’re being shut down? It is a waste of taxpayer money and makes the authorities look like complete jerks.
How about when the DEA sends hundreds of men in to a rural mountain area, equipped with guns, helicopters, and ATVs to hunt for pot farmers that may not even be there? While the farmers in these situations usually have weapons of some sort, one must take in to account that pot becomes a lot of people’s lives. It funds the food that they give to their children, it pays for the clothes that they wear, and the electricity that keeps them warm on a cold winter night. Not only is the raid itself a waste of money but there are families because torn to shreds just because their parents were trying to put food on the table.
Making marijuana illegal will obviously cause violence. The more things that are taken away from the people, the more violent they get. People need their freedom. Removing a person’s freedom will eventually cause problems. We are not animals and we certainly do not deserve to be treated like them. As more studies are released on the benefits of marijuana, we may begin to see more violence. While ideally, the government and potheads should be able to coexist, it’s highly unlikely that we’ll be able to see a nonviolent road to marijuana legalization.
It is my belief that there is a peaceful way to get points across that our cause is one that is for the good of the people. Marijuana helps all kinds, all over the world. We use it, our pets can use it. By breaking down doors, the government makes it harder for us to sit back and do this peacefully. It is all of our wish that marijuana will be able to be legal one day and there will be no more deaths, no more guns, and no more violence surrounding such a peaceful idea.
Sourse: www.thcfinder.com
LOVE OUR BLOG? CHECK OUT OUR PRODUCTS!