Stoners have a tough time with the parental discussion on marijuana reform. For some, the talk is extremely easy and some parents even raise their kids and actually teach their children about marijuana in the positive, truthful way. Other stoners don’t get so lucky and wind up getting taught the negative side of cannabis, which can prove extremely difficult when the child becomes a cannabis enthusiast. Even parents can shun their kids based on the simple opinion of a particular plant. It’s not fair and it’s definitely not right but it does happen. If you’re going to talk to your mom about cannabis reform, it’s recommended that you pick Mother’s Day to do so. 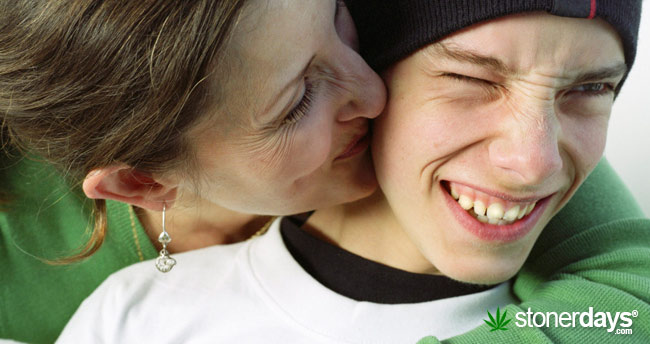 Some people are lucky enough to smoke with their mom and that’s awesome! But for others, it’s not so easy. Some stoners still hide the fact that they smoke from their parents, afraid of what their elders might say or do. On the other hand, you have stoners like myself, whose parents just can’t seem to bring themselves to get over the fact that it’s simply just a plant. The best way to talk to your mom about cannabis on Mother’s Day? Nicely. Simple enough! Keep the conversation upbeat and positive. If your mom starts to get frustrated, just kind of let her talk. It may be tough to hear what she has to say (parents tend to not know a whole lot about our good old Mary Jane and their arguments can sometimes be face-palm worthy, but it’s the only way she’s going to let you get a word in… And listen. 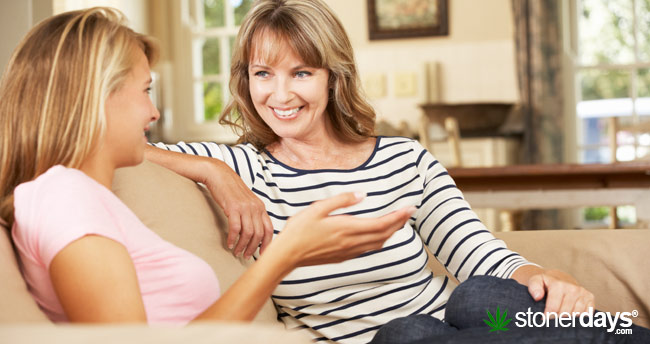 Moms are important. Without them, you wouldn’t be here. Sometimes, we disagree with them. But it’s so important that you talk to your mom (and your dad) about marijuana reform. The legalizing of cannabis will probably happen in our lifetime and it’s important to prepare them for the booming industry that’s slowly creeping across the country. And if you do plan on speaking with your mom about cannabis on Mother’s Day, it’s highly recommended from the Stonerdays team that you bring along some flowers… And not the kind stoners like either!