Bieber Toking Up Yet Again! 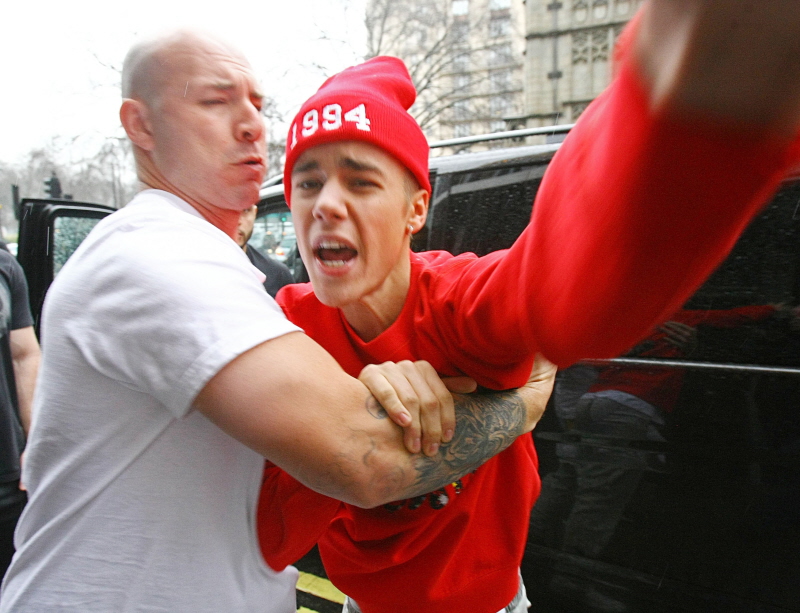 We all know who Justin Bieber is… He’s that annoying little twerp that sings annoying pop music that unfortunately plays everywhere. He’s also the one who got pegged in the head with a water bottle while performing onstage at some music event. No one really likes his music except for prepubescent girls so why would I bother writing about him? Well it seems that our good buddy Bieber is turning in to quite the rumored stoner.

It first started in January when a picture appeared on the web of the pop singer smoking a blunt with a bunch of friends. The photo blew up and people were pretty pissed… Especially all of Bieber’s minions. But people quickly got over it and life continued until July, where Bieber’s tour bus got busted at the Canadian border for carrying pot. Bieber didn’t get busted but again, everyone was pretty angry.

And now, this! Bieber’s private jet pilot said recently that when Bieber and his friends pulled up in their SUV for a coast to coast flight, some straight up “Cheech and Chong smoke” billowed out. It was apparently so bad that the pilot wanted to put on an oxygen mask! Justin and his friends refrained from toking up while in flight but apparently, Biebs was so high that he had a hard time signing his credit slip for the flight.

Celebrities probably smoke double what any of us do. With their high profile lives and obnoxious rules to live by, they definitely need a way to wind down. What better way to do it than cannabis? While I don’t personally care for Justin Bieber and I think his music is terrible, I think that he should straight up say “I smoke pot… It is what it is… I like it.” It doesn’t matter what celeb is toking up… They should be proud to be a stoner and lobby for legalization! Their influence is huge with the media and an outburst of celebrity potheads speaking out would be a huge help!

You no longer have just your low bloodshot eyes and skunky smell to give you away, now you can just wear it on you front and center.

Back to Stoner Blog

Bieber Toking Up Yet Again!