Are Sexy Stoners A Help Or Hinder For Medical Marijuana?

Shuffling through the social media webpages associated with marijuana, one will see the incredibly large amount of scantily clad ladies.

Sometimes the girls will have some cannabis related accessory in the picture and sometimes, there won’t be. Of course these girls are a beacon of attraction for male smokers all over the place but they also could be a direct weapon against the fight to legalize medical marijuana.

It is common knowledge in the mass media world that sex sells. It is an iconic topic that people utilize to sell products, promote music, and just because it looks good. Girls like this are empowering to other girls and sometimes promote the acceptance of all body types, which would obviously be a really great message to send with cannabis. Not only are we trying to help people by allowing this plant, but we promote positive self images and acceptance. Companies also benefit from these pages because a cute stoner girl’s page attracts attention and is a good use of product placement. Whether or not the girls realize that they’re a marketing utensil, it does benefit the small, start up companies that may have fizzled out if it had not been for female promotion via social media.

Although it does seem like this kind of provocative advertising may seem like an awesome idea, keep in mind that there are still people that are going to attempt to use this as a weapon. Just the other day, I was on Instagram and saw a risqué photo with a comment reading “If you’re wondering why medical marijuana isn’t taken seriously, here’s the reason”. After reading that, you have to admit that there is another side to the advertising idea of using naked women. A very negative side that people may try to use against the cause if they find it. You don’t see Zoloft being promoted by girls in bikinis, so it stands to be argued that girls in bikinis could be viewed as negative publicity for medical marijuana. 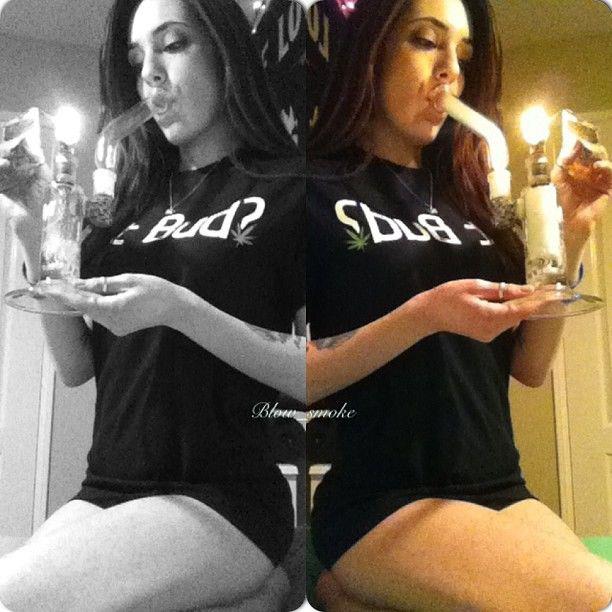 Social media is a tool that can be used to an extreme benefit for those who know what’s it capable of. Some of these pretty stoner ladies promote such a positive image, like the stoners who promote healthy living and exercise. However, there is a difference between promotion and pornography. Knowing where to draw the line is extremely important. While there are some photos on Instagram that manage to keep it classy while showing skin, there are others that may possibly be used as a weapon against our cause. Of course, it’s up to the person behind the username to differentiate a positive message verses a negative one.

Are Sexy Stoners A Help Or Hinder For Medical Marijuana?