The government likes to tell the public how awful marijuana is and how there are so many dangers associated with it. As more people discover the wonders associated with the cannabis plant, the government is slowly loosing control over what the general public believes about marijuana. Unfortunately for the governments minions, their lies aren’t even passable with the knowledge that people possess today. According to an article posted by Chris Blakely, the following are eight lies that the White House is telling about marijuana. 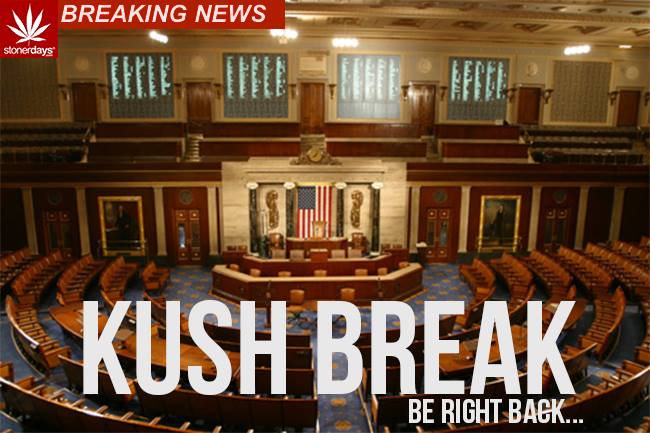 1. “The downward trend in youth marijuana use during the late 1990s has ended… Not surprisingly, this increase coincides with a softening of youth attitudes about the risks of marijuana.”

While in the 1990s, there were tons of scare tactics being released about how “dangerous” weed was. So of course it would make sense that marijuana use was on the decline. These days, marijuana is making a huge impact on the youth of today, making it extremely difficult for the government to lie to people about the negative effects of marijuana.

2. “Proposals such as legalization that would promote marijuana use are inconsistent with this public health and safety approach.”

It is the belief of many that by legalizing marijuana, the world would be a safer place and people would be healthier. Cannabis leads people to a healthier lifestyle. Plus, there would be a large amount of crime that would be eliminated if the plant was to become illegal. Whatever approach the White House is taking obviously isn’t working.

3. “Legalization would lower the price, thereby increasing use.”

Even if the price of marijuana changed, legalization probably would not effect the number of smokers. People smoke. It’s illegal is most states and people in those states are still smoking. Legalization would at least keep marijuana “criminals” out of jail, leaving room for people who commit real crimes. Marijuana use will increase because of the facts, if anything. As people learn what the plant can do for personal health, it is believed that more people will begin to smoke as more information is released.

4. “And because drug use is sensitive to price, especially by young people, higher prices help keep use rates low.”

This is completely untrue. If the price of marijuana gets too high, the users will result to the alternative; growing their own. Some states have extravagant marijuana prices, yet the number of marijuana smokers rises every year. When people believe in something as powerful as cannabis, there’s not a whole lot that the government is going to be able to say to change their minds.

5. “Marijuana can cause distorted perceptions, difficulty in thinking and problem solving, and problems with learning and memory.”

Or marijuana makes some people able to function and go about their daily lives? If the government is still in this mind set, then they’re way farther behind the rest of us than previously thought. Marijuana helps people. It’s unsure how or why the government doesn’t understand this concept yet.

6. “Our experiences with even tightly regulated prescription drugs, such as oxycontin, shows that legalizing drugs widens availability and misuse, even when controls are in place.”

Comparing marijuana to oxycontin is insulting. Considering that prescription pills are one of the most commonly abused drugs and no one has ever died from a marijuana overdose, it doesn’t make a whole lot of sense that these two substances could even be considered to be the same. Seriously, this argument is just sad.

Burden the system? How many people are in jail for nonviolent marijuana related crimes? Too many. While basically innocent people are fined and put in prison for just possessing a plant, real criminals run rampant. By making marijuana illegal, not only will the jails be freed up, but police forces could turn their attention to much more important matters.

8. “Tax revenue would be offset by higher social costs.”

Taxpayers shell out so much money in order to keep the prisoners of nonviolent marijuana crimes locked up. By releasing those in prison for the crime of possessing a plant, there would be 60% less convicts for the taxpayers to pay for.

The government lies. We realize that. But to say such annoyingly false statements as legitimate arguments just shows that the government either isn’t paying attention the marijuana industry or they’re just terribly uneducated. If they won’t listen to the real facts that come from scientists and studies from professors, what can we do other than shake our heads at their meager attempts to discourage legalization? Whether or not the government likes it, marijuana will be legal. Either every state will legalize the plant like Colorado and Washington and the federal government won’t be able to keep up or the government will have no choice but to legalize the plant.

Hopefully, we see the day where people no longer get prosecuted for marijuana use and possession. The efforts put forth by activists has come a long way from the days of the hippies. With facts to back us up, anti-drugs activists and the government are just running out of ideas to combat us.