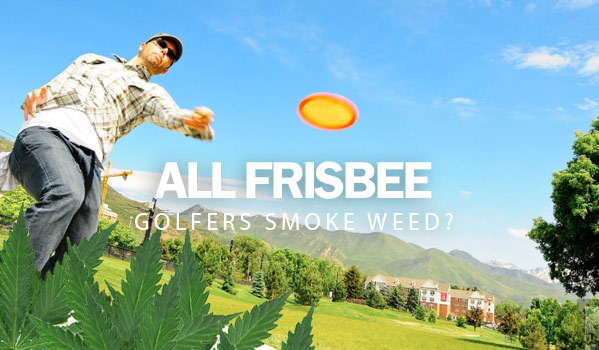 Well according to an Iowa cop who tries to search an innocent man’s car because “everyone who plays frisbee golf smokes weed,” as he explains. If that explanation strikes you as odd we assure you that’s because it is flat out, downright, and absolutely illegal in the United States. In fact, when confronted with the video, taped by the motorist as proof, the Ankeny Police Department admitted the officer’s statement was “ignorant.”

“It’s everybody, man. You can’t tell me you never smoked weed,” the officer is recorded saying. The driver replies, “I’m not gonna tell you one way or another,” to which the officer says, “See, there you go. How much weed do you have in the car today?” Faulty logic at best and attempted entrapment at worst.

Unfortunately the tactic is all too common with cops trying to search your vehicle. I myself was once questioned by a suspicious officer about my hemp wallet and if owning it indicated that I had marijuana in my car. The answer folks, as evidenced by my own and this man’s freedom, is that whether or not you have pot in the vehicle, the answer is always a simple, “No you may not search my car,” as is your right by law. If they had the evidence to search, you wouldn’t have been asked.