There is a ton of myths about weed floating around. There have always been debates concerning its associated benefits. A lot of evaluations have been made on marijuana which has brought on board the possible benefits and its life changing effects.

Well grounded facts have confirmed that weed is an essential product for health. It has been widely available in marijuana dispensaries and various seeds shop. But regardless of all these approvals, there are still several myths and rumors about it. And therefore to clear the air, here are the 7 myths about weed.

To be much précised and without any fear of contradiction, weed cannot be tied to the damage of brain cells. The brain cells remain fully protected against any form of damage that could be associated with smoking of weed. This is a fact that has been proven by several studies. Therefore, dismissing any kind of information about weed damaging the brain cells. Moreover, many trains help treat mental instabilities and physical pain. 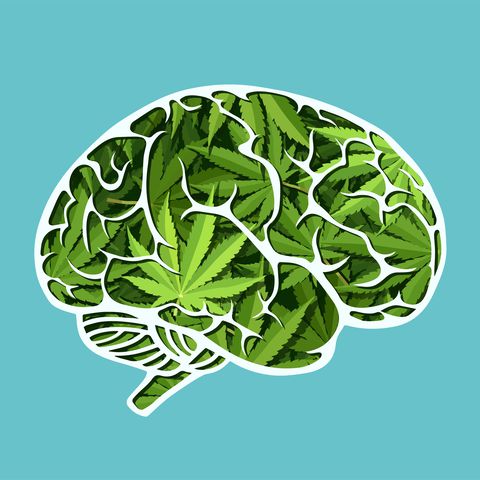 Not even a single form of smoking is good for the lungs’. But comparing any of them, concoctions of marijuana are less harmful than that of a normal cigarette. And this does not end here since the rate of smoking these two is usually very different. For example, an average smoker can smoke a whole pack of cigarettes in a single day while an individual who smokes from a pot can spend the best part of the day smoking. According to a comprehensive study by researchers at RAND Corporation, it was found that more people aged 21′ years are smoking weed from the pot.

According to Ryan Vandrey.Ph.D a professor studying nicotine and cannabis at Johns’ Hopkins University, the dirty and quick summary is that THC concentration in weed is even more than it used to be. A good number of nations around the world have embraced cannabis, and they are selectively breeding plants that have high levels of THC.

Well, it should be understood that none is becoming higher compared to their parents in the 60s because potency will never equal a dose. In other words, current pot smokers smoke a low amount of weed to get high.

First of all, you need to have a good understanding of what overdose is. It simply means taking a higher amount than normal or the actual amount. And therefore, it is very possible to overdose weed. The symptoms associated with marijuana overdose are paranoia, anxiety, reduced coordination, and dizziness.

Well, it’s not possible to ingest a lethal weed overdose. In the petition in the year 1988, a judge ruled that for one to die he or she must take an approximate of 15,000 pounds of marijuana within a period of 15 minutes. This is an individual weighing 154 pounds ingesting more than 46 pounds of weed into the body. Either way, you can try, but it is difficult to die of weed.

Well, if cigarettes smoking can be the causative agent of cancer, so is the weed. But this is not the case. Any substance smoked can give way to cancer, although it highly depends on the risky levels or the harmful effects of the substance. Carcinogens found in marijuana are also not really good for health. But they are less when compared to those contained in cigarettes. An individual who engages in smoking the pot smoke is less vulnerable compared to a cigarette smoker. Therefore, the risk is less. In fact, marijuana can help in treating the symptoms of cancer. It can be helpful in managing the side effects of chemotherapy.

The fact is that, despite the ongoing stereotypes, taking a significant amount of weed cannot subject you into a criminal life. It should be noted that there is no verifiable connection between violent crimes and weed. A recent study revealed that weed cannot be predictive of higher rates of crime. On the opposite, it can even be linked to reduced rates of homicide and assault.

Of course, it is very illegal to smoke weed in a state where it’s illegal, although this cannot declare you as being criminal. Therefore, beyond this, there exists no reasonable sense that should make anyone conclude that any criminal activity takes place because of weed smoking.

Only a very small percentage of the population have to deal with mild and temporary anxiety associated with weed smoking and consumption of microdosing psychedelics. Scientifically, there’s no existing evidence to prove that weed smoking should be tied to causing mental illness.

A study at Emory University found that the states which have legalized marijuana have generally increased the number of users. On the opposite, weed smoking has some calming effects on the body. This, therefore, encourages the feel-good flow neurotransmitters into the brain. In fact, strains like black diamond, tuna kush, etc., relieves anxiety and stress and fights depression.

Weed is an amazing herb which has both positive and negative effects. There are a lot of stories regarding weed smoking. A bigger part of it is very true while the rest is a mere myth and propaganda.