When someone gets busted for a little bit of weed, the cannabis community is outraged. It’s not fair to be busting small timers… But what about the big fish? Hearing about a huge pot bust where the findings were burned is a rough story to handle. Especially when you hear about the worth of the pot that was discovered. Here are a few of the biggest drug busts that have happened over the past few years. 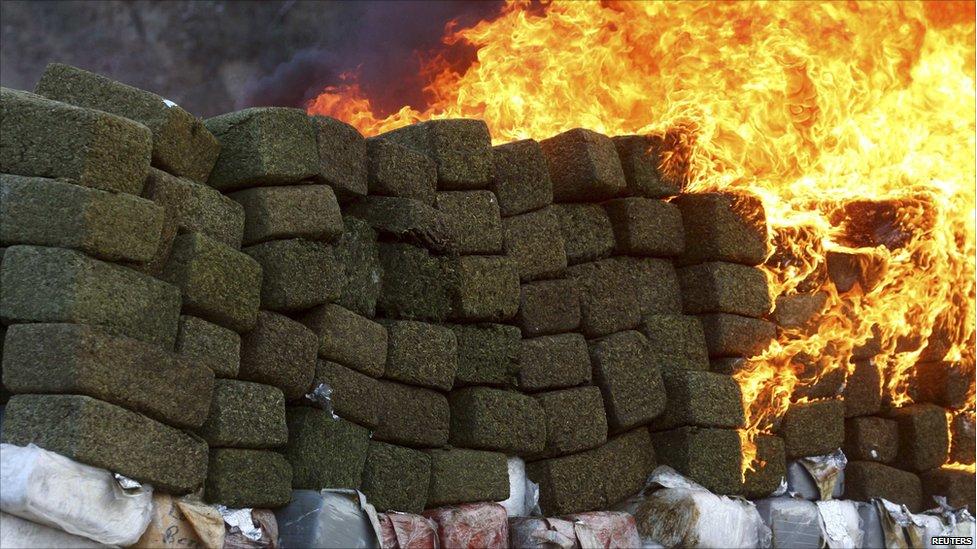 – January 2013, US Border Patrol seizes 14,151 pounds of weed from a 26 year old man. The driver tried to get the 600 bales of marijuana across the border but was stopped by agents. The weed was reported to be worth around $12 million.

– In September of 2011, canine border patrol discovered marijuana boxed up in crates in a tractor trailer. Patrol officers confiscated over 1100 pounds of pot from the truck, said to be worth somewhere around $22 million.

– A group of people in Queensland got arrested in 2008 for a huge cannabis operation that included both growing plants and ready for sale marijuana. The bust was said to contain 6.5 tons of harvested cannabis and 30,000 unharvested plants. That’s a huge operation!

– November 2011, authorities discovered an underground tunnel that led in to Mexico from San Diego. This wasn’t the usual dirt path, poorly lit Weeds style path. This tunnel was well lit, ventilated, and had a wooden floor. On the San Diego side, there was 17 tons of marijuana located in a warehouse, 12 tons in a truck in LA, and about 4 tons on the Mexico end of the tunnel.

– August 2013, Oregon State Police and the feds managed to bust a marijuana grow containing 3000 plants. They claimed that the bust yielded an estimated $30 million in cannabis. The grow was located down a two thousand foot decline. At least the cops had to work hard for this one, seeing as how the decline was over a mile long.

Cops are continuing to bust people from growing, smoking, and selling marijuana. As the plant begins to take more and more support from citizens, it is my belief that once there are enough places where the plant is legal, the federal government will have no choice but to back off. If the majority of the citizens across the country vote to legalize, how bad would it look for the government if they continued to raid dispensaries and arrest people for nonviolent marijuana crimes?