Stoner Guide; What To Do If Paraphernalia Ever Gets Banned

Smoking devices are basically a status symbol these days. The more impressive the glass, the more attention the owner gets. It makes sense with the kind of glass that’s on the market now. Complex pieces that cost a pretty penny should be paid attention to. But what would happen if the law were to suddenly change and all of the glass was to be banned? It almost happened in Florida, where a bill was introduced to ban the sale of all paraphernalia within the state. 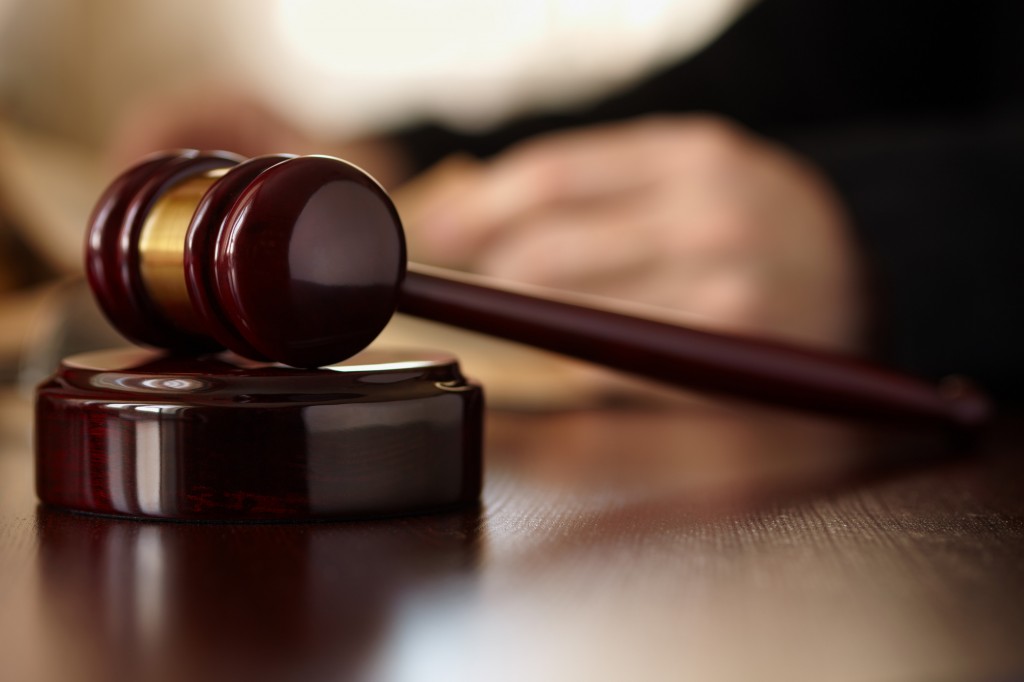 Fortunately for us, there are plenty of ways to get stoned without using glass pieces. The first would obviously be rolling papers. Even if paraphernalia was banned, tobacco companies are still allowed to sell papers, so at least there would still be those. Even if the rolling papers were to vanish, the process of emptying out a cigarette and filling it with cannabis would still exist, although the toxins in a cigarette paper are ridiculous. If smoking does come down to this, it’s also recommended that you remove the cigarette filter. Hopefully, there would still be rolling papers available, since the cigarette idea should only be used in a dire emergency. 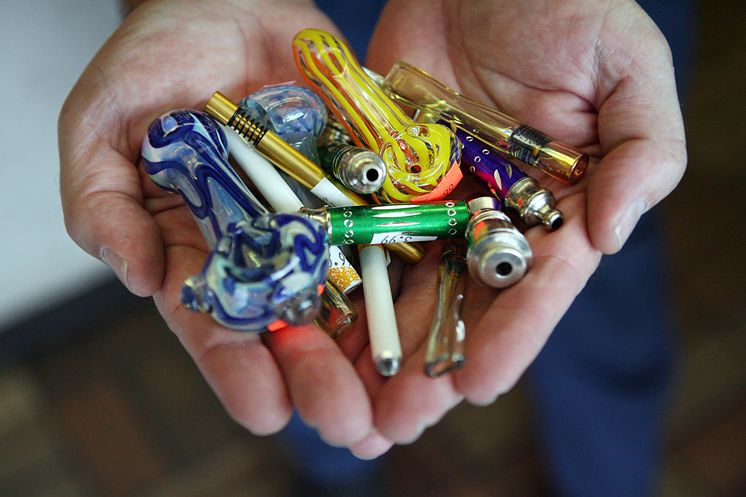 Stoners have become incredibly crafty over the years. Since those that aren’t over the age of 18, getting a hold of a smoking device can be a huge process. And what if you’re somewhere where there’s weed but no piece? Discovering new ways to use every day items is a skill that most stoners possess. From the simple tinfoil to any sort of fruit or vegetable, stoners know the key to making their own smoking devices at home! There are entire social media pages dedicated to the creativity of stoners who don’t just like to smoke out of the conventional bong or pipe. 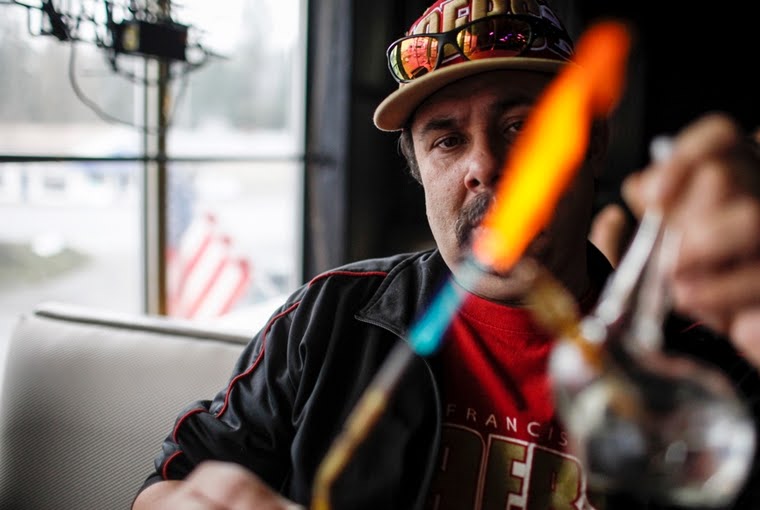 The following instructions will teach you how to make an apple pipe, a healthy, wonderful tasting alternative to glass or papers, if you so find yourself in that situation. This pipe not only provides a quick smoking device but a nice snack one you’ve finished smoking! Simply grab an apple and a pen. Remove the entire stem of the apple and then stab a hole through the top of the apple with the pen, stopping about halfway down the apple. Near the bottom of the fruit, poke another hole that connects to the first hole inside the apple. The hole should be off to the side of the bottom of the apple and at a slight angle. The last hole should be on the side of the apple, connecting in the middle with the chamber that you’ve begun to form. This third hole will be the carb so be sure to place it in a spot that will be easy to cover with your finger while smoking. Using a pen or a small knife, cut out a small bowl on the top of your apple. This will be where you put your bud. Stick a screen in the apple and pack up. You’re ready to smoke in an all natural way! 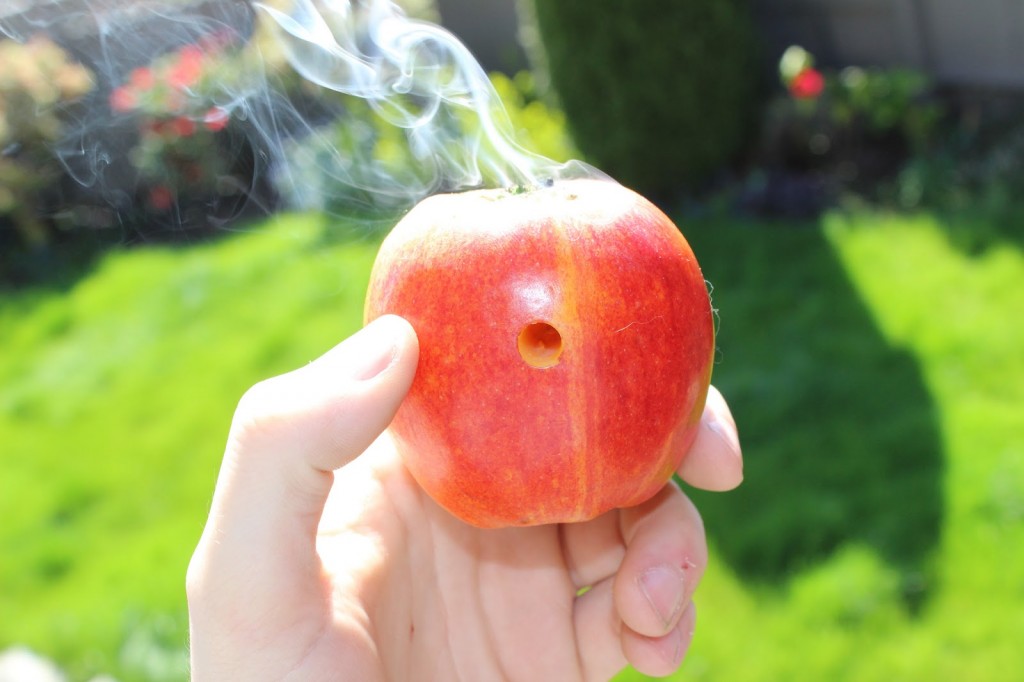 Thankfully, it’s only been Florida to consider passing such a damaging bill and it didn’t even pass there. Florida is now working towards legalizing medical marijuana, ever so slowly. Even if the government was to outlaw the production of glass pieces, stoners will manage to find a way to get stoned, just as they always have. There will always be a way around the laws that are put in place in order to rid cannabis from society.

Stoner Guide; What To Do If Paraphernalia Ever Gets Banned