When you think of cannabis and art, usually you think of some trippy design with a million colors that some stoner drew up during a boring class at school… Right? There’s really no high quality cannabis art, other than the traditional stuff you can buy at Spencer’s Gifts. 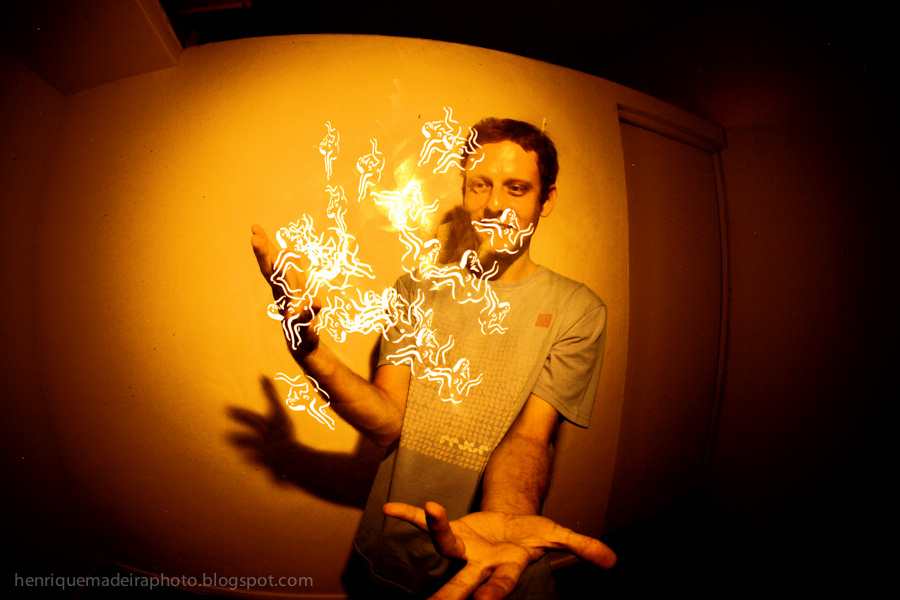 However, a Brazilian artist has mastered the craft of making photos with marijuana smoke. His work is extremely skillful and interesting, not to mention his technique. 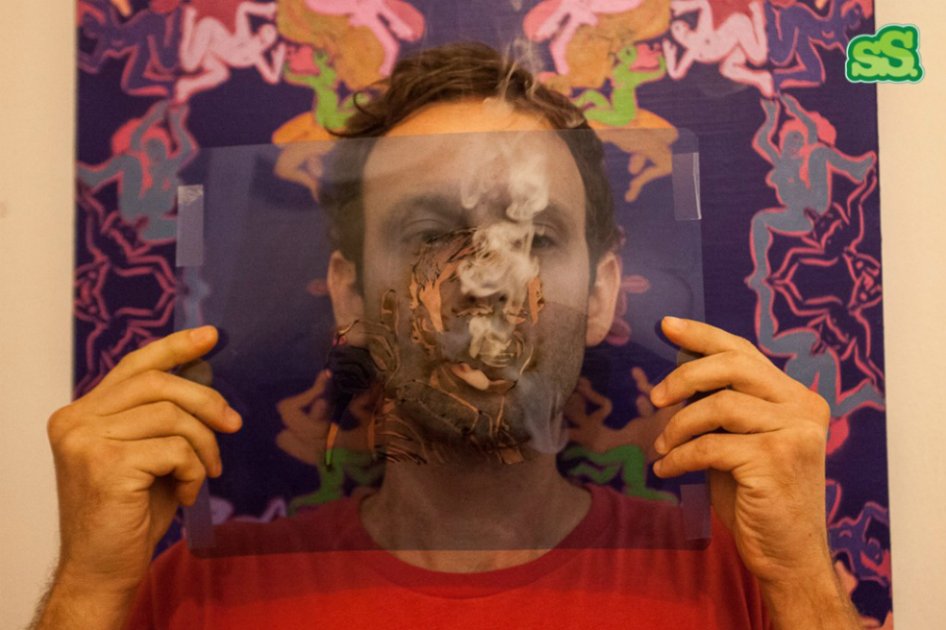 Fernando de la Rocque creates images of religious and political icons, using marijuana smoke as his primary medium. What Rocque does is this; He creates a stencil, much like a graffiti artist would do. He then blows the smoke from a hit on to the stencil, which is laid over a piece of canvas. After the outline of the icon is finished, Rocque dyes, paints, and shades everything to pull the piece together. Of course, since the main medium used to form the art is considered illegal, Rocque has encountered quite a bit of controversy from his series “Blow Job – Work Of Blowing”, the exhibit that contains the marijuana art. 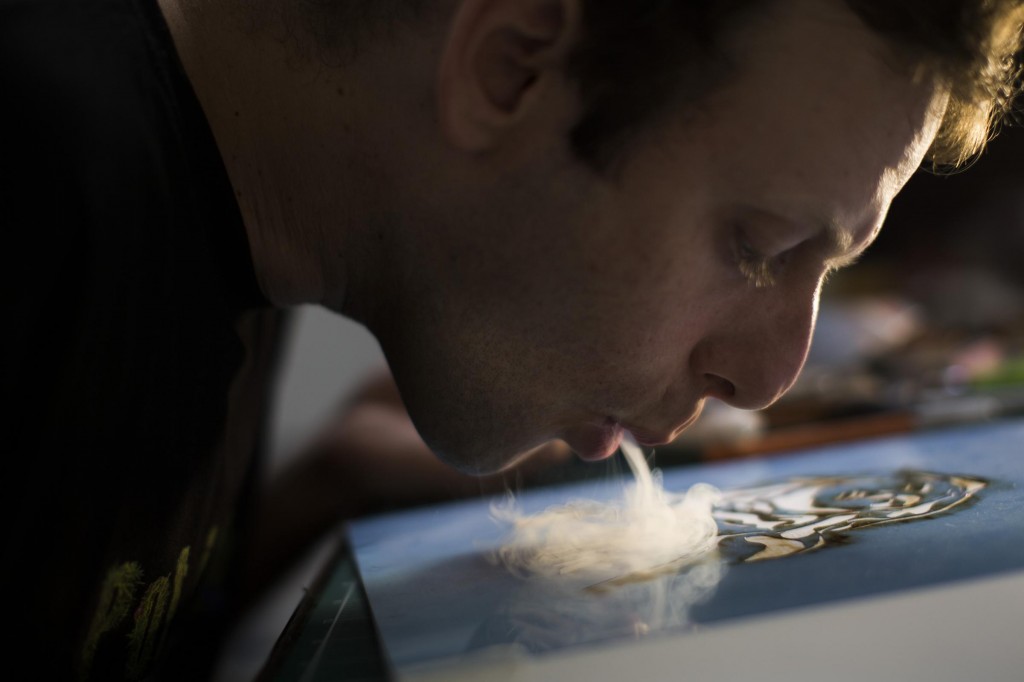 Rocque was interviewed by the Brazilian paper, The Rio Times, and the quote he gave was perfect; “More important than freedom to smoke marijuana is the freedom to think about it and make art with it. Polemic issues divide opinions, forcing people to think and debate. Inertia is useless when we want to overcome something.” Considering that art has always been the pillar of free speech and individuality, it’s kind of hypocritical that Rocque would have to deal with a such a negative backlash. While the art itself is created with marijuana smoke, the images themselves are less than offensive. 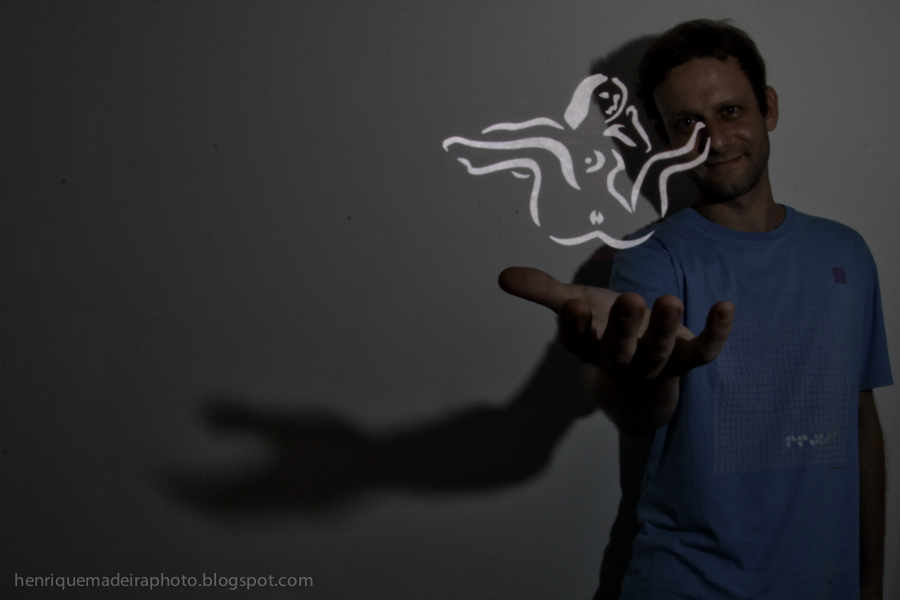 There have been far more absurd mediums used to paint photos, including the blood of the artist. Since the marijuana art doesn’t depict marijuana, there really is no reason that it should be frowned upon. People don’t get ostracized for using paint or charcoal. Cannabis isn’t harmful and it’s resin leavings definitely aren’t harmful. The worst thing that would come from this kind of artwork is the potential that the paper would give off that resiny scent that a kicked bowl does.