Stoners know how to create something out of nothing… Or better yet, how to create something out of a list of seemingly non-related items. There are hundreds of jokes about how a stoner can grab anything around them and turn it in to a smoking device. Pipes have been made from fruits, vegetables, recyclables, candy, and many other objects. But a new company called Push For Pizza is taking this stoner creativity to a whole new level with their new app. 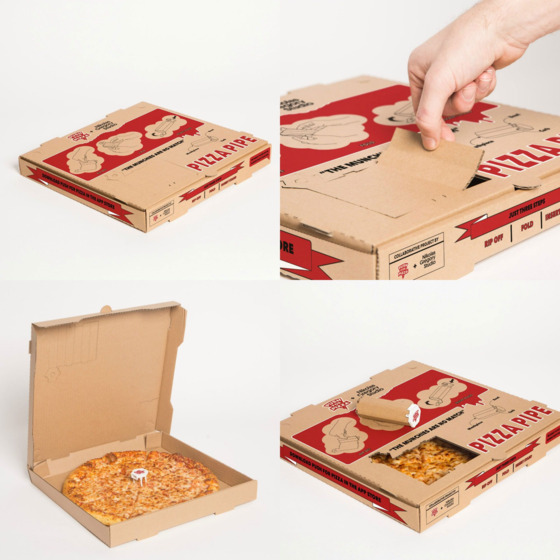 It’s called Push For Pizza and it’s revolutionary in stoner pizza ordering. Not only does the app offer legitimate one click ordering but when your pizza arrives, the box can be taken apart and reassembled as a pipe that you can actually smoke out of. Part of the cardboard box that the pizza comes in makes the pipe itself, while the little pizza holder that’s normally found in the center of the pie makes the bowl. And while those little pizza toppers are usually plastic, Push For Pizza went the extra mile and made theirs out of a temperature resistant ceramic. The Pizza Box Pipe is totally legit and deserves the utmost stoner respect. 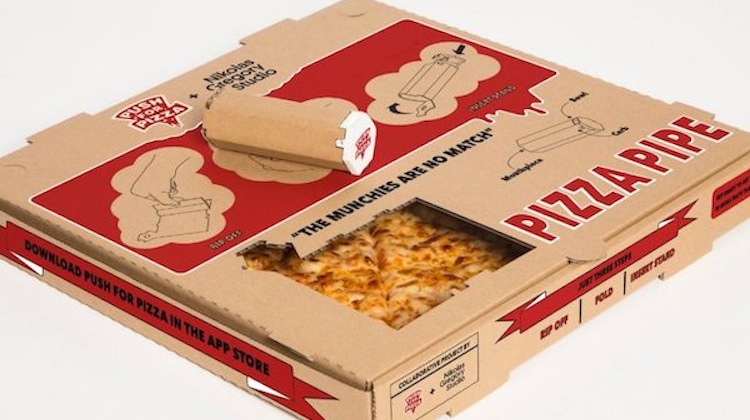 The co-founder of Push For Pizza, Cyrus Summerlin, has figured out the simplest (yet most ingenious way) to corner the stoner market. “It is common to crave food when one gets high,” he says. We are all quite familiar with the munchies. “It is also typical practice to order a quick pizza to satisfy this craving. We are aware of these trends and decided to combine these two interests in to an actual product.” Summerlin apparently knows that stoners can sometimes be strapped for cash and the Pizza Box Pipe materials come at no extra charge. So buy your pizza, get a pipe. And these brilliant things can be used more than once as long as you’re careful with the lighter.

Even though the Pizza Box Pipe is only in the prototype stage, we can expect to see it begin to surface for the general public soon. So brace yourselves for one of the greatest stoner/food mashups ever. Let’s face it, there’s nothing better than having your pizza and smoking the box too.