Holistic Health In its many forms: LSD and Mushrooms. Before we begin. I would like to say that this read is not about encouraging you to take hallucinogenic drugs. This is to encourage you to look deeper at what you put into your body. The positives and negatives. As a partaker of hullucingetics, i understand the spiritual side. The party side and the negative sides. Never i have i ever used them as holistic health. This study gave me a deeper understanding, appreciation and respect for the drug. Even knowing what I now know. I still would never use them for my own health. Hallucinogens are not my body chemistry.

Holistic Health In its many forms: LSD and Mushrooms

Holistic Health In its many forms: LSD and Mushrooms. Sitting down in the piazza joint, with my dad and kid. Few days after Canada legalized cannabis. The conversation moved towards cannabis. He was a real stick in the mud for change. I said to him. Dad it’s not about weed being legal, it’s about the education and the doors it opens to research we didn’t even know were possible. I remember the first time I took mushrooms;  fresh out of high school. Climbed into a washing machine and tripped balls on a painting. I also remember having a trip so horrible, it scared me right out of mushrooms.

I never looked at mushrooms or LSD as a natural health remedy. To me it was a party drug. I think that you will never forget your first trip, you will never forget your first bad trip. Interesting enough my first bad trip also helped me give respect. Hallucinogens is an interesting drug. Not like cannabis. If you feel like you smoked too much, you can just sleep it off or take a cold bath. With mushrooms or LSD you never know what your gonna get. Once you ingest it there’s no turning back. Your in for the ride. 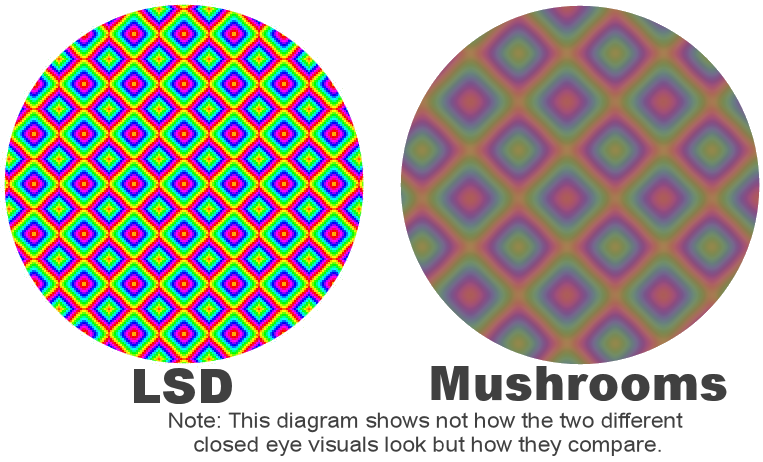 What makes a hallucinogenic?

Class of drugs whose main purpose is to set off psychedelic experiences. Serotonin. Serotonin or 5-hydroxytryptamine is a monoamine neurotransmitter. In normal words. The feel good. This is a natural chemical that can lead to problems if we create too much or too little. Lack of can increase, depression, high and low energy, anxiety and eating problems. While too much can range from mild shivering to severe muscle spasms and seizures. LSD(acid) Psilocybin (magic mushrooms) and DMT ( N,N-Dimethyltryptamine). Are known to be used as a holistic health remedy.

The History of LSD and Mushrooms

Albert Hofmann discovered lysergic acid in 1938. A chemical from the fungus ergot. In 1943 acid was sold for medication research. Under the trade name Delysid in the 1950s and 1960s. 1950. 1970 – Magic mushrooms started to be consumed by western civilization. They were illegal except for medical research. Magic mushrooms is said to date back to 9000, B.C. Archaeologists finding carvings on stone walls. Showing elaborate paintings of Gods and mushrooms. It was believed that the mushrooms could help you talk to the gods. 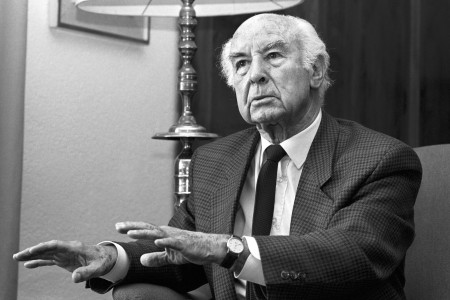 Those who have taken LSD or magic mushrooms in party form. Could say that they either come out of the trip, feeling lighter or renewed. Maybe even a revelation happened and felt a need for a life change. Paul Stamet master of the mushroom. He studied mushrooms at Evergreen State college. Made a beautiful articulated statement on the Joe Rogan show. “Give up our microphobia of psilocybin mushrooms – your irrational fear of mushrooms and look upon these with new eyes. As a serious scientific analyses”

There are at least 18 different kinds of mushrooms.

All carrying different compounds that can work with or against our own chemical makeup. (did you know eating too many carrots can turn your skin orange) Paul Stamet couldn’t have said it any better. We need to be serious about medicine. Even as bizarre as taking hullucinigetics as holistic health remedy.

The Lion’s Mane is a legal mushroom, you can buy it at your local health store or online. Its image is literally to be described as a white Lion’s Mane. Carries many life changing properties. An experiment done on mice. Scientists sent them through a maze, one way went to food the other didn’t. After giving the mice a neurotoxin, they ended up forgetting what way was what. The neurotoxin could be the same as the disease Alzthimers. Only giving some of the mice Lion’s Mane. They started to show significant results. While the others either died or had little to no self motivation.

Holistic Health In its many forms: LSD and Mushrooms

LSD is almost too real that it has to be fake. I don’t think I could sit here and try to explain to you what it’s like to take a tab of acid. Each trip has been different to the next. But just like mushrooms it only takes one bad trip to learn a whole new respect for it. For myself. Acid is what i wish life could be like. Saying that. Acid is something that not everyone should take. Or should take everyday. I have a few more. Medically Identified Personalities. It’s almost too easy for me to access different worlds and feelings. 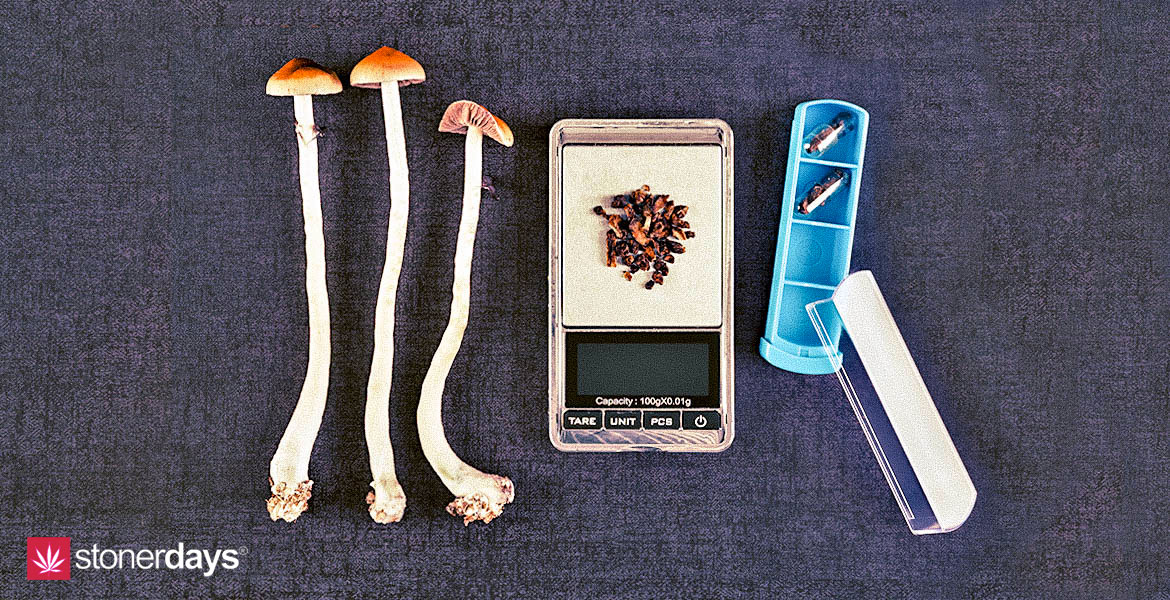 For people like myself. Acid is not a drug one should partake on. It can – In the long run have damaging effects to a person with multiple personality disorder. For example not being able to understand what is real and what is not. 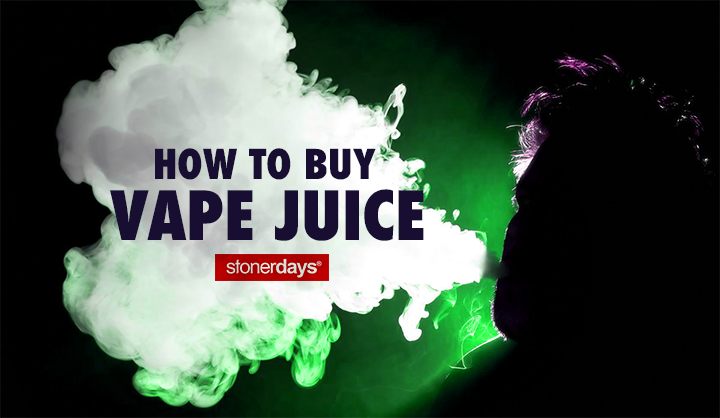 How to Buy Vape Juice?

Vaping was intended to be a fad, but the trend persisted as people saw how [...] 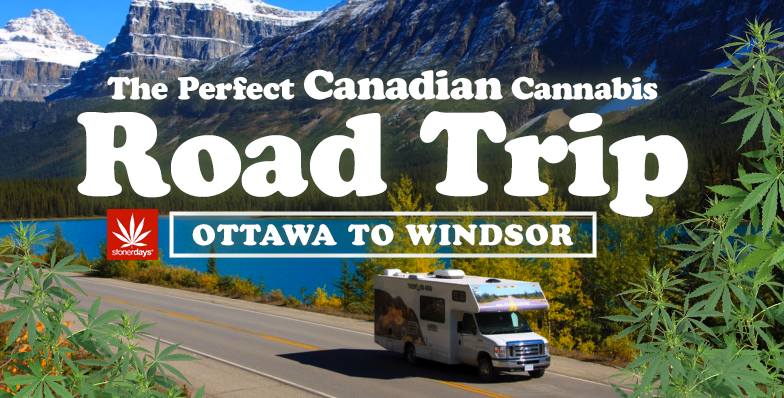 From the nation’s capital, through its largest city, and all the way to the border [...] 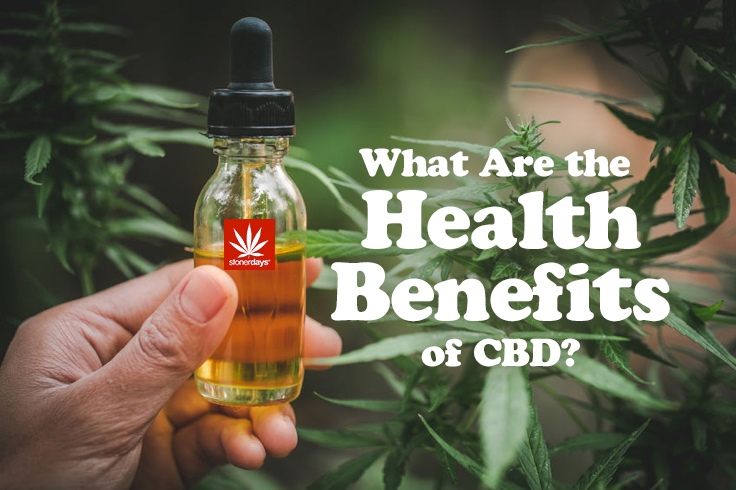 What Are the Health Benefits of CBD?

CBD oil is often made from the cannabis plant. After the extraction, it’s diluted with [...] 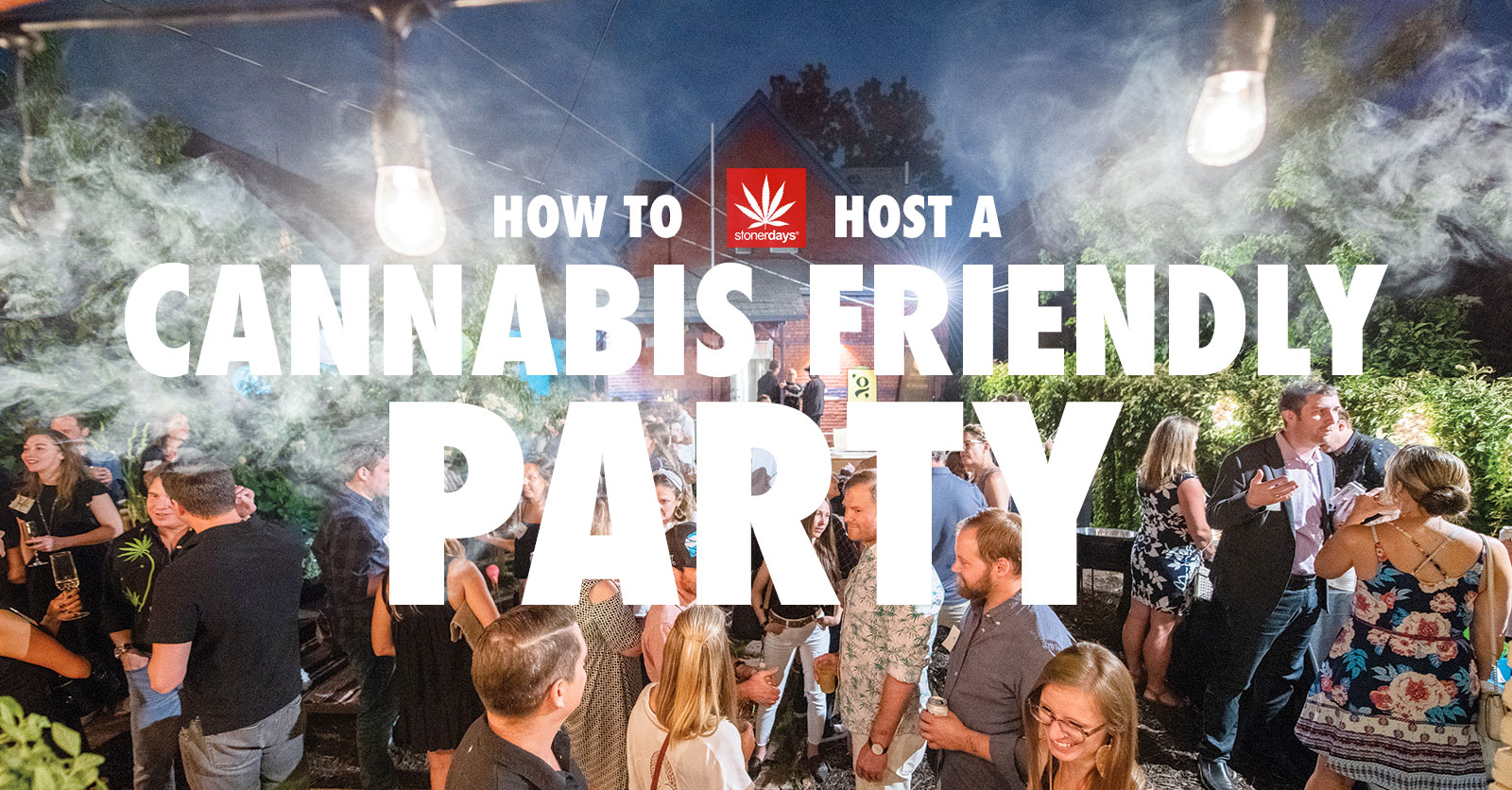 How to Host a Cannabis-Friendly Party?

Sometimes people get tired of the same old boring parties where the only entertainment is [...] 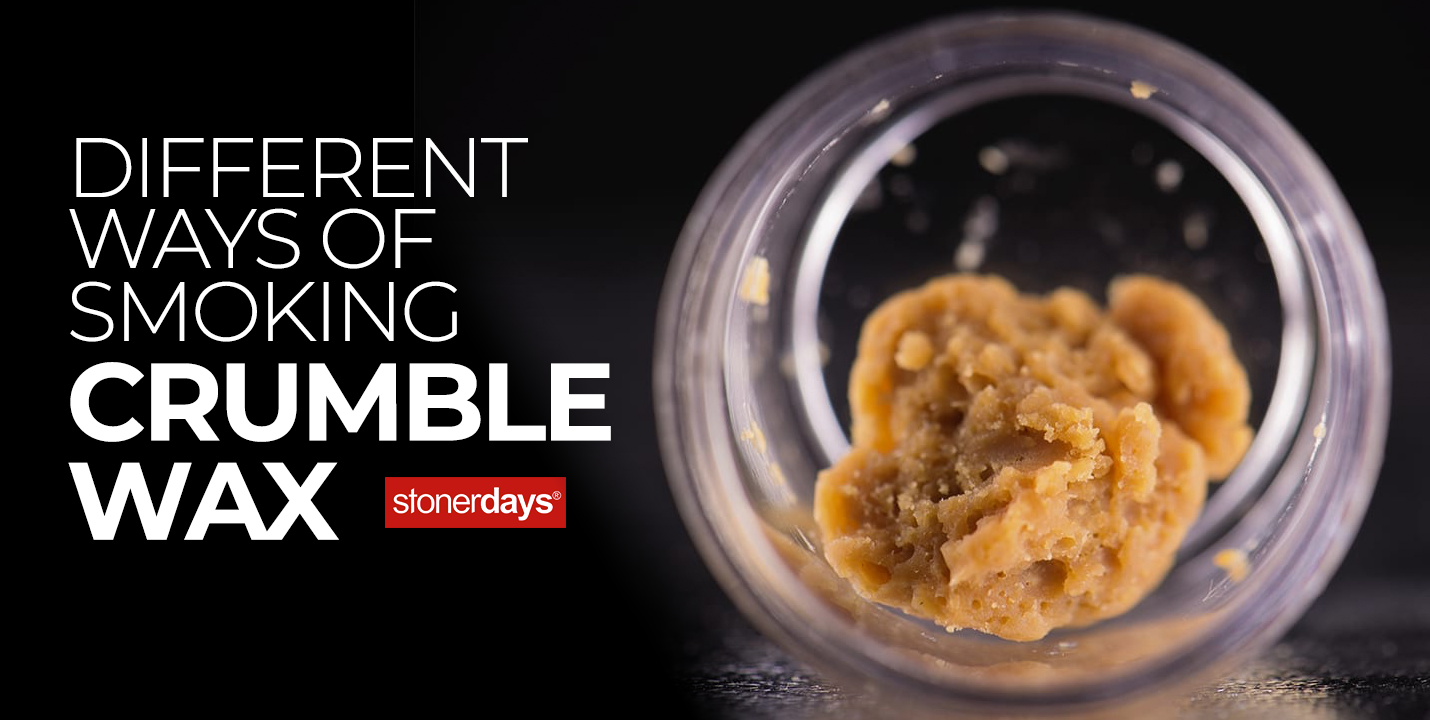 stonerdays.com Wax is a type of concentrated cannabis extract. Unlike dry herb, which is usually [...] 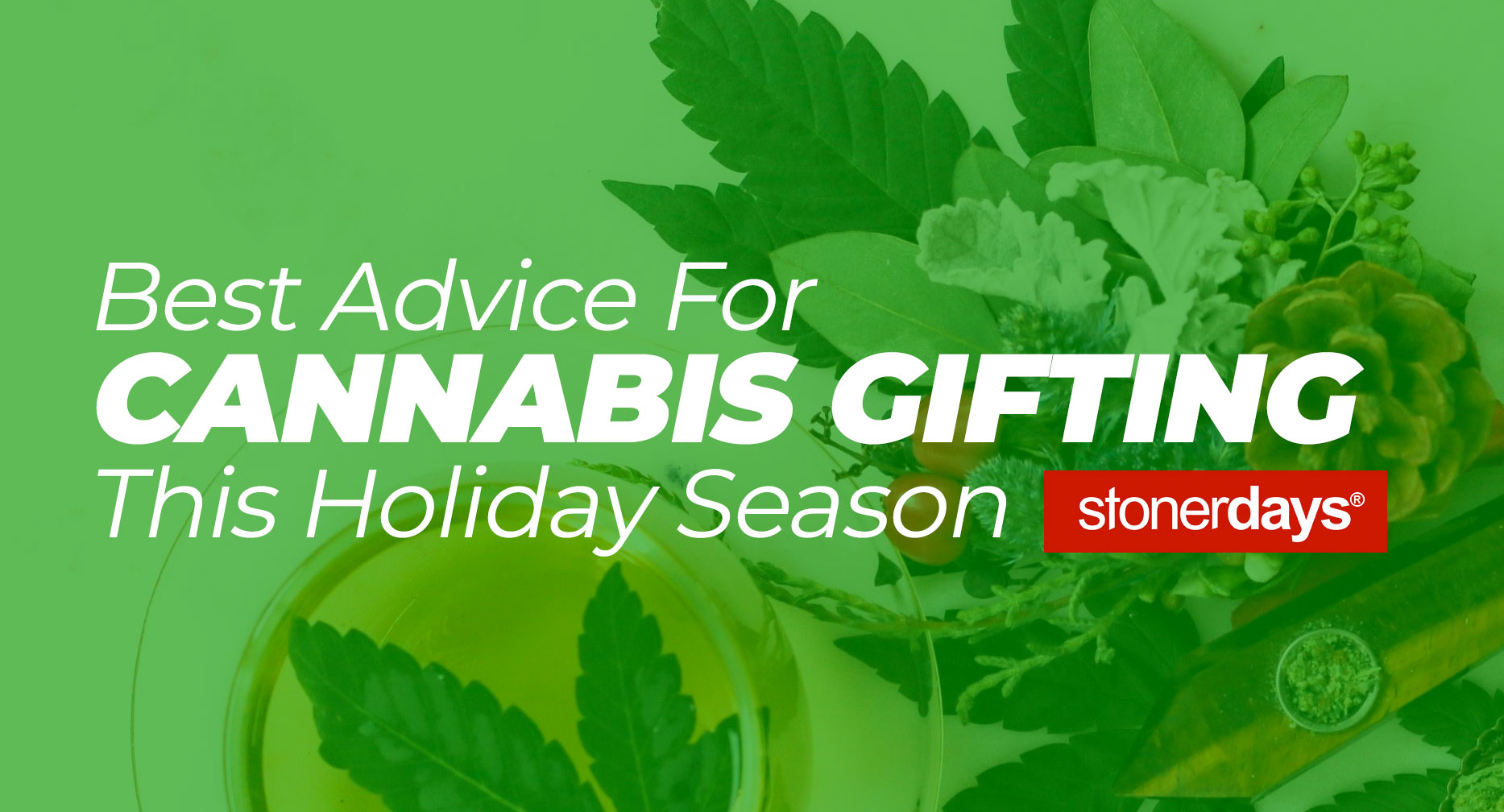 The holiday season is approaching, so you will probably be brainstorming gifting ideas by now. [...]

LSD can be used to help addicts with alcohol addiction and other harmful drugs. Such as heroin or fentanyl. It can help reduce depression and create productivity, by accessing our creative side of the brain. We can open up new passions, interests and hobbies. Replacing negative to positive. But just like the positives. There are many things to consider.

Misuse can lead to aggressive mood swings, loss of memory and poor health. The brain is a complex squishy matter floating in liquid inside our skulls. Containing over 85 million neurons. And we need to take care when it comes to using different holistic health methods. The feeling of security in who we are. Ultimate happiness and peace of mind. It’s a place we have to learn to get to without any drugs.

In some cases, it is easy to understand why people with illnesses such as. Severe depression, Terminal illness, Opioid addictions PTSD. They would lean to taking this as a holistic health remedy.

Not only do we need to care for our mental health our gut health is somewhat of a misunderstood system. It also connects to Cannabis, LSD & Psilocybin. H- Pylori is a type of bacteria, that creates ulcers on the lining of your stomach. Lion’s Mane has a compound that reduces the chance of getting the bactica. Iis said to be more effective against alcohol induced ulcers then acid lowering drugs. Not to mention Anti inflammatory, Heart Disease, Cancer. It’s amazing what we now can uncover. The secrets behind the chemical makeup between humans and plants. As holistic health becomes a dominant remedy in western civilization. The more education can be brought to the table.