The first thing that most people think of when Cinco De Mayo is brought up is drinking… Lots and lots of drinking. Lots of Mexican beers and tequila shots go down on this day but for a lot these people, they really have no idea about what the holiday really represents… And it’s not really celebrated in Mexico, as the holiday stands for the remembrance of the Battle of Puebla. The holiday also represents the celebration of Mexican heritage in the States. Of course, a lot of people know that this holiday is a huge drinking holiday, like I said above. But hey, it is a celebration, right? Instead of using Cinco De Mayo as a day to drink and be silly, the Students For Sensible Drug Policy used the holiday as a way to push forward their thoughts on the war that’s been constantly taking lives for years; the drug war. 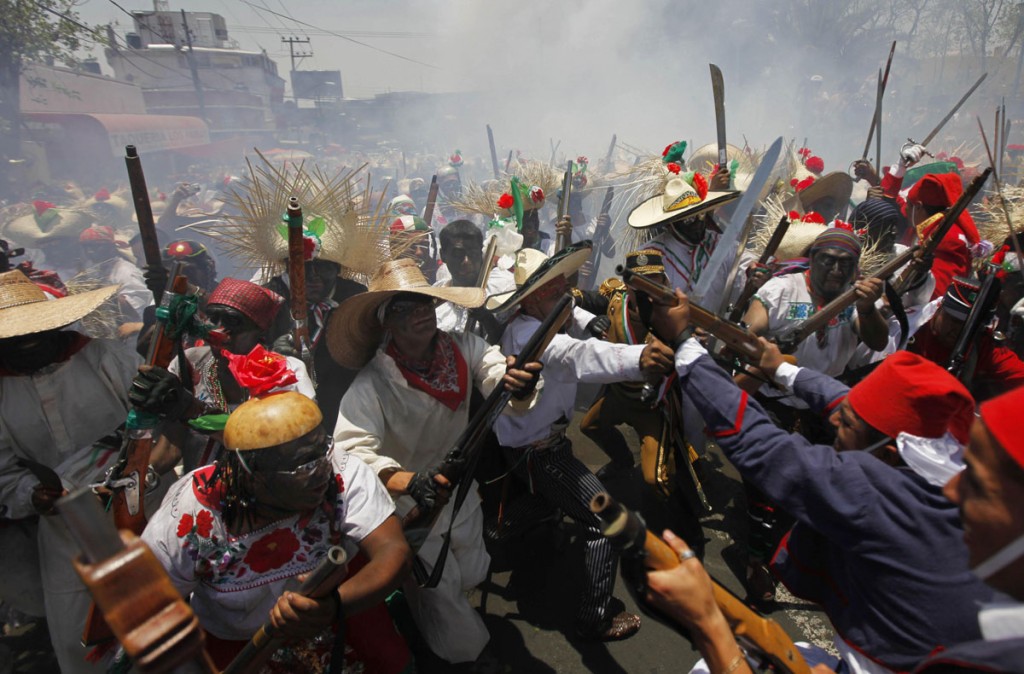 Unfortunately for Mexico, when President Felipe Calderon took the office, the war on drugs has been increasing in the country. Calderon increased military efforts to enforce the drugs war, bringing what shouldn’t even be an issue to the brink of a massive human rights crisis. SSDP has used the holiday Cinco De Mayo to demonstrate on multiple college campus’. By presenting 72 Mexican flags, the students represented the 100 to 7,200 that were killed in the span of a year due to the effects of this pointless war. Over the span of a few years, SSDP’s flags increased, eventually reaching a staggering 180 flags to show that nearly 18,000 people (some reports have even higher numbers) have been killed in the drug war. But former Drug Czar John Walters, a man who once compared medical marijuana to medical crack, said that these murders were in fact a success, showing how skewed the view on this war really is. In addition, Michelle Leonhart, who is the acting director of the DEA agrees with that statement, showing a complete disregard for human life.

Cinco De Mayo is a day in which to stand up for what you believe in. Do you believe in cannabis? If so, make it known on this day! Wear your favorite weed shirt or pants and stand up for the plant that you believe can help people. Drinking can absolutely be a celebratory experience but at the same time, not all stoners enjoy liquid courage. And as said above, the holiday is in remembrance of people who showed courage and stood up for the things that they believed in. We should do the same to honor the holiday. So be sure that you recall the origin before, during, or after your celebration on this day, whether you’re drinking or smoking! Be sure to have fun and of course, be safe!