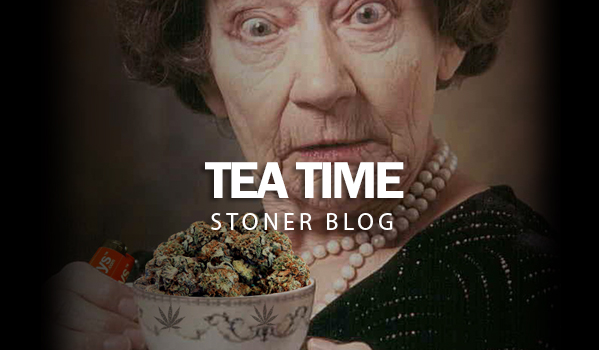 In scrolling through some of our more recent posts, it occurred to me that we haven’t done a top 10 in a while. However, instead of coming up with yet another list, I figured why not go through and have a look at someone else’s top 10 article: A Nice Bowl of Weed, courtesy of none other than the premier cannabis publication…Vanity Fair?

So I went into this expecting to be shaking my head like listening to a Patriots cheerleader attempt to break down Belichick’s defensive schemes.  However, this cheerleader actually turned out to kinda know her shit (and by cheerleader I mean Micah Nathan, the “novelist, short story writer, and essayist” who penned the piece according to his byline). I suppose that’s as solid a resume as any for a veteran stoner – or at least one qualified enough to come up with Vanity Fair’s 10 stoner commandments. Without further ado, let’s check em’ out going in reverse order [some of these are excerpted – link to full article down below]:

If I followed the rules and did everything with caution in life, I probably wouldn’t be eating marijuana to begin with. I’ll let my friend Bill Burr step in here for a second: “A good story is always you doing something wrong, you know? That’s why nice people are so damn boring. I mean, they’re nice, but their stories suck.” Go big or go home. To be fair, it’s probably best not to overdo it on the eating. While nobody’s ever offed themselves on weed, eating it as opposed to smoking it does generate an additional metabolite (11-hydroxy-THC) that heightens the effect.

9. Vaporization is the exception to the rule that the oldest ways are often the best ways.

“The only constant is change.” Too lazy to look up who said this, but just remember not to be afraid of embracing progress. Give vaping a whirl if you haven’t already. It’s actually the healthiest way to smoke, as you’re technically not combusting the bud but only heating it enough to extract and activate the medicinal components. Don’t be like one of those ‘Game of Thrones’ book readers who goes around feeling superior to those of us who enjoy indulging in HBO – people love the show for a reason.

8. And if paranoia strikes…a hot bath can help, along with dark chocolate.

Sounds lovely. Almost makes me want to get paranoid so I can take a hot bath and enjoy some dark chocolate. Can’t remember the last time I indulged in either.

7. Remember that marijuana magnifies the user’s mood.  A more poetic way of saying this: weed reveals and obscures the group’s intentions.  Buried resentments will surface; sublimated desires will materialize.  Choose your companions with care—avoid especially the excitable novice who delights in pointing out, ad nauseum, how high everyone is. Marijuana narrows bandwidth, which is terrific for artistic and sensuous pleasures, and terrible for conflict resolution. Keep it light.

Feel like he got too stoned for this one.

6. Weed should not be ground but rather chopped with a sharp, well-balanced kitchen knife. Chop your batch on a glass surface, then use a playing card to collect the psychoactive dust. Sprinkle as needed.

OK Chef Morimoto, cause we all have the time and inclination to bust out the sankotu every time we feel like burning.  Moving on.

5. Forget bongs. Without exception. They are the sound of unemployment.

You’re killin me Micah. First no grinders, now no bongs?  Who have you been smoking with?  And here I thought we were quickly becoming best friends but ya had to go and ruin things…

4. Fourthly, rolling the perfect joint is a welcome skill across generations, social classes, and political affiliations.

Respect. With Season 3 of ‘House of Cards’ being released soon, this reminded me of the scene where the congressman is being sent to do Kevin Spacey’s bidding and seals the deal over a sesh: “Can a corporate sell-out roll a joint like this?”

3. A wooden pipe is aesthetically the most pleasing way to inhale marijuana—especially a well-burnished Savinelli churchwarden—but the flavor is awful and the smoke is harsh. Forget those silly glass pipes; fragile, awkward, and difficult to clean, they are always overpriced and often decorated with embarrassing graphics. Same goes for ceramic “sculptures” of dragons, skulls, Buddhas, et al. You would not drink wine out of a llama’s hoof. Do not smoke weed out of a frog’s ass.

I’m just hearing a bunch of problems and no solutions, Micah…

2. The weed should be strong. Two puffs are superior to three—anything more, and you risk a scorched throat.

This should probably be the first commandment. And what’s with this business of capping things off at 3 puffs? Do you also stop eating your meal after polishing off your appetizer?

1. Firstly, if possible, choose Cannabis sativa over Cannabis indica, unless you are using marijuana for pain relief.

Dig your style, Micah, but to each their own I say.

The piece closes by dropping this nugget of wisdom: “A little marijuana warms the heart, but too much burns the soul.”

Hopefully my soul is more fireproof than most.

(You can access the piece in its entirety here: “The Rules of Smoking Weed | Vanity Fair”)