Cartoons like Spongebob were once pitched to adult TV show networks… And rejected. So when the writers changed the script for the younger minds, they failed to take out a few of the more adult references. Watching Spongebob as an adult will show you how many of these references we miss as a child and now understand. Patrick Star is a great example of an adult reference in Bikini Bottom… His attitude, demeanor, and overall existence shout “STONER” and here are five reasons why we think Patrick Star is more than fond of (sea)weed.

Wake and Bake Under the Sea

We have all woken up early in the morning to wake and bake and decided to snack, but Patrick Star takes it to a whole new level. The ever forgetful Patrick actually sets an alarm and has a Crabby Patty in a drawer next to his bed to ease the munchies in a way that most of us could only dream. Patrick seems as though he is just a piece of brain coral away from being a marijuana Mcguyver. 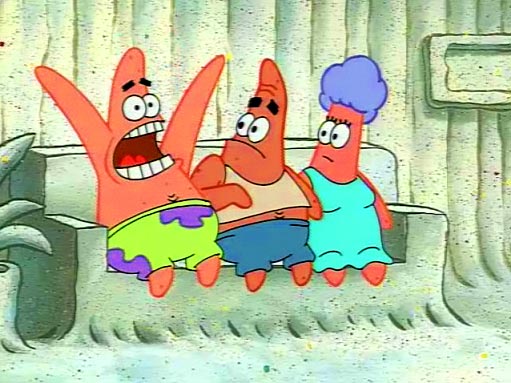 There are times when someone from your past will walk up and you will have no idea who they are and Patrick is no different. However, while some of us might forget a childhood acquaintance or class mate, the pink star spends an entire episode with two star fish that he believes to be his parents. We find out at the end of their visit that they are in fact, total strangers. Patricks real parents were standing in front of Squidward’s pad confused but happy. It’s worth noting that the two star fish that did visit Pat also thought they were his parents (even though they admit to never having children).

Life Under a Rock 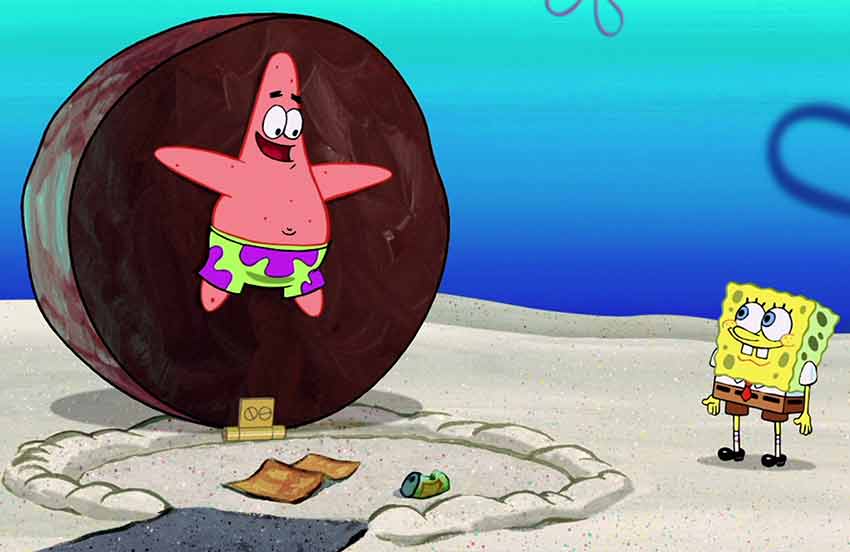 I don’t know about you, but there are days when I want to be out and about and days I want to just chill. Patrick is often found doing the latter, barely moving under his rock home. It is often shown that Pat does very little while waiting for his always over the top happy friend Spongebob not so “square” pants (wink,wink). The relationship reminds me of Seth Rogan and James Franco in Pineapple Express. One working and the other just making it work.

Everyone in Bikini Bottom seems to live in a house with furniture and drive a car, except Patrick. However, Spongebob can’t seem to pass his drivers test no matter how many times he tries. We see Pat’s abode change shape many times, sometimes it’s a rock with his legs hanging out. Other times, it’s changed to include sand furniture and even a bed. Seems to me that our pink friend is getting lifted and creative with his surroundings. I know I have done it many times.

A favorite episode of mine is when Pat and Bob steal a balloon on free balloon day and go on the lamb. While trying to decide what they will do with their lives, SpongeBob divvies up two candy bars, one for himself and one for Patrick. Before SpongeBob can even open his candy, Patrick has inhaled his and immediately forgotten about it. Pat goes on to suggest that SpongeBob stole his and ate it while he wasn’t looking. S-Bizzle as he is called in some circles, tries to then share his with Pat but that just won’t do. Patrick is having a serious case of the munchies that no single candy bar will get rid of. Looked like a good candy bar too.