With a booming (and legal) cannabinoid market in its full force, the industry may be getting a little confusing for some consumers. What are all these new-wave cannabinoids? What are the differences between them? How do you know which one is right for you?

A little clarification on some of hemp’s most famous compounds is certainly in order. More specifically, let’s explore the ins and outs of two of the most popular cannabinoids available today: delta 8 and HHC.

While it’s true that they both provide a sense of rest and relaxation, they also have their differences, so let’s dive into the specifics of these two stony siblings!

Delta 8, or delta-8-tetrahydrocannabinol (delta 8 THC), is a psychoactive cannabinoid found in the cannabis plant. The compound is pretty similar to delta 9—or the most famous cannabinoid in marijuana and what people refer to when they say the plant produces a “high.” That said, delta 8 is slightly different to delta 9 in its chemical structure and potency.

Delta 8 is the perfect compound for people who want to feel the relaxing psychoactive benefits of cannabis but don’t want to experience a pronounced and unmanageable high. Like delta 9, delta 8 also has some risks, such as red eyes and dry mouth, but the more problematic side effects like anxiety and paranoia are much less frequent and pronounced in delta 8. 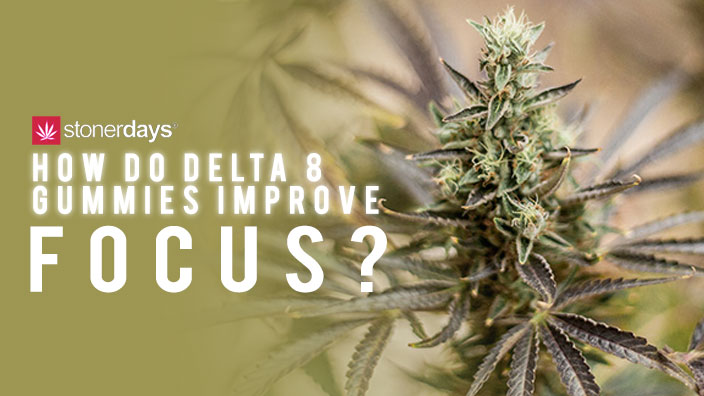 Some may think the compound’s lessened potency is a downside of delta 8, but in reality, it makes for a more manageable and pleasant psychoactive experience than its counterpart!

Chemically speaking, THC includes a hydrogen molecule that THC does not. Like delta 8, HHC is less potent than delta 9, but its hydrogenated state gives it more stability and a longer shelf-life than other cannabinoids.

Some of the main benefits associated with HHC include:

Because of their molecular similarities, HHC and THC share many of the same benefits. They both help with anxiety, depression, and pain, but their effects are different in potency. HHC is estimated to be around 70-80% as potent as delta 9, making it milder than the compound but still stronger than delta 8.

Delta 8 vs. HHC: The Similarities and Differences

It is obvious that delta 8 and HHC share many similarities—they are, after all, both isomers of delta 9 THC. Apart from their psychoactive effects, they also share another similarity: HHC and delta 8 are both found in trace amounts in the cannabis plants, so they are manufactured in labs in order to achieve amounts large enough to sell.

That said, even the ways they are made differently. With HHC, producers take THC, saturate it with hydrogen atoms, and expose it to a catalyst. On the other hand, delta 8 is made by manipulating hemp-derived CBD through a series of solvents and mixtures.

While delta 8 carts will give you a lowkey buzz and a sense of relaxation, HHC carts have a much stronger psychoactive effect but will offer many of the same benefits as delta 8.

Other differences and similarities between HHC and delta 8 include:

Whether delta 8 or HHC is right for you largely depends on the intensity you want from your high. Because they share many of the same benefits, they will help with the same things, but the potency of these benefits depends on which compound you choose.

Delta 8 and HHC are two very similar compounds with some differences, including their production process and intensity. While both are great for relaxation, appetite, and pain relief, they differ in the potency of their effects.

Whether you try delta 8 carts or HHC carts, you’ll be buzzed right into relaxation!