There are some circles of friends that love to compete when it comes to smoking bud. From who has the best glass to who makes the best special brownies, smoking isn’t fun without a little competition. Stoners spend a lot of time perfecting their smoke tricks in order to show them off to friends. There’s entire Instagram feeds dedicated to people doing fancy tricks with smoke. So here’s a couple of the cool ones. 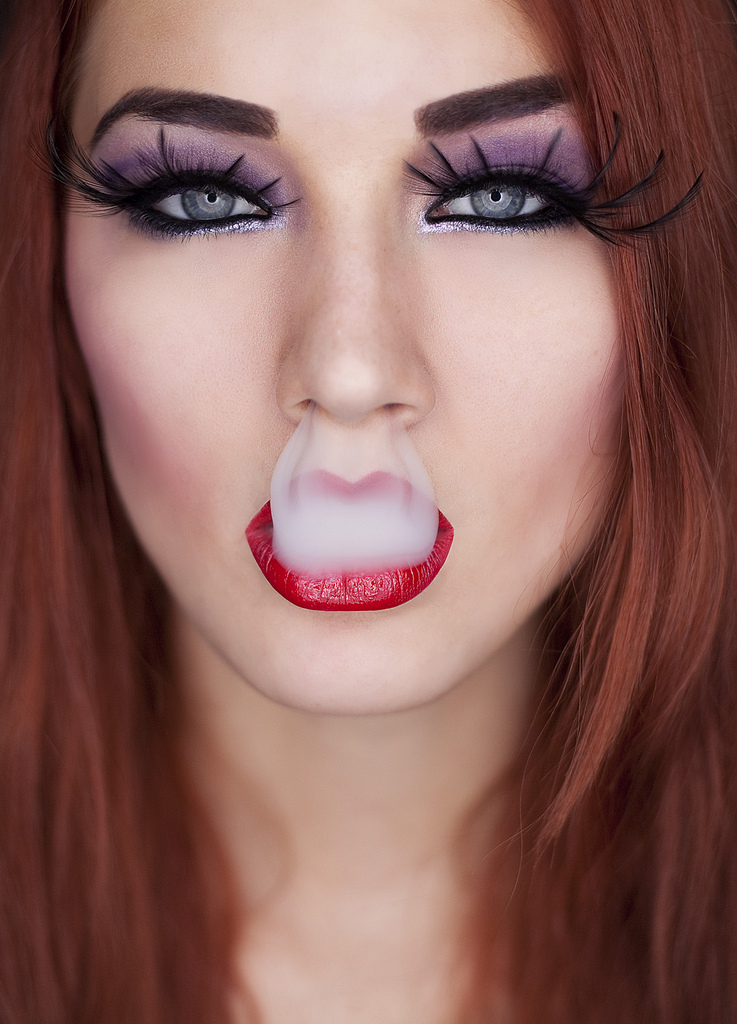 Done by ghosting the smoke through your teeth and inhaling through the nose, the Bane mask is something new that’s recently appeared (Or perhaps the name is just new). The goal is to get the smoke spread out as evenly as possible, so that your teeth create little gaps in the smoke that look like the mask Bane wore in the Batman movie. It’s a pretty cool trick, especially when done right! 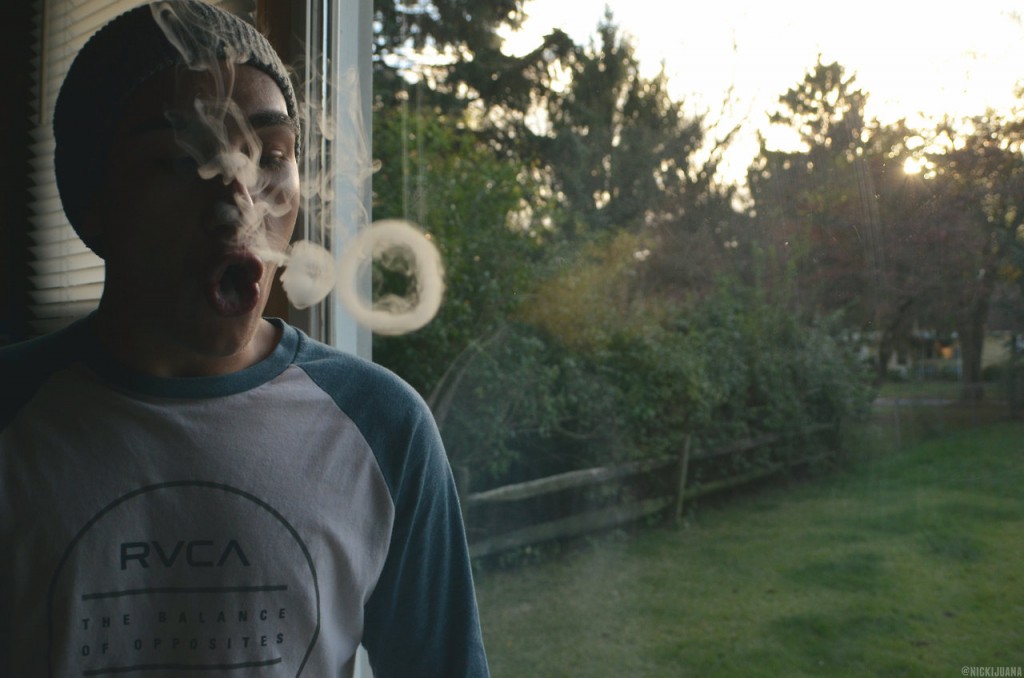 Blowing O’s has been around for as long as smoking weed. But to blow O’s through other O’s? Total skill. A lot of people still can’t blow the first smoke O, forget a second one right after. Learning something like this will definitely impress your buddies! Something definitely worth practicing. 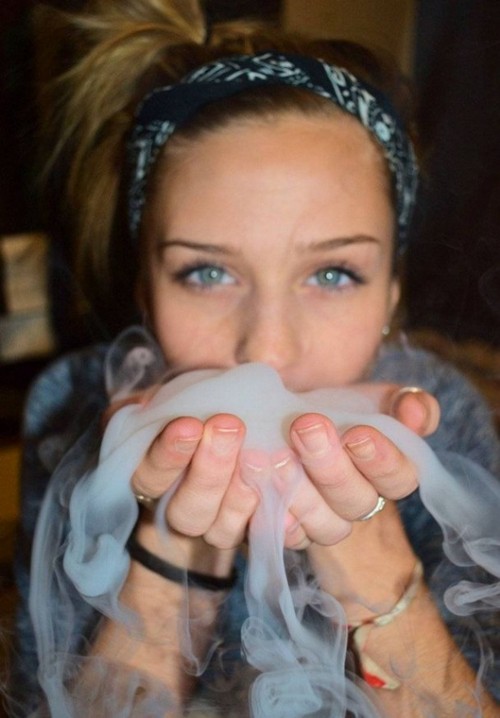 Not so common, this one. A couple times, it surfaces on the Internet but not as much as it should. It makes for a really cool photo. Basically, while ghosting the smoke, put your hands in front of your face. The smoke looks more solid, almost like a set of ghostly hands inside your own. 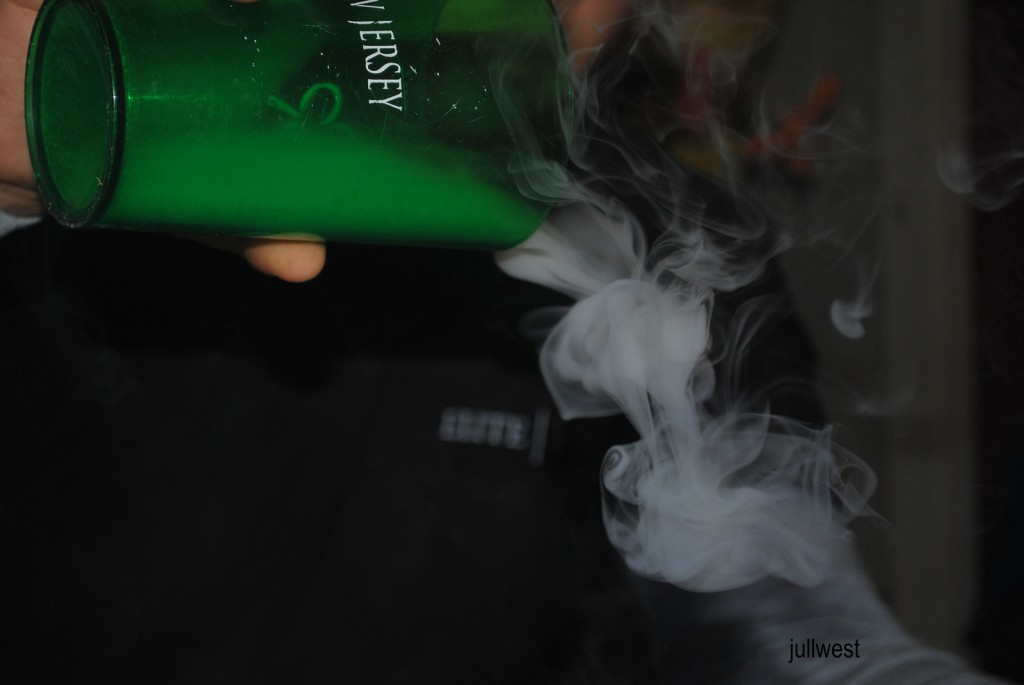 Put a wine glass in the freezer and let it stay there for a while. Once the glass is really frosty, take it out of the freezer. It’s good to have your device packed and ready, as the glass doesn’t stay cold for long. Using the ghost technique, breathe smoke in to the glass. The smoke will stay trapped in the glass due to the cold air. You can now “drink” the smoke by tipping the glass up and inhaling. 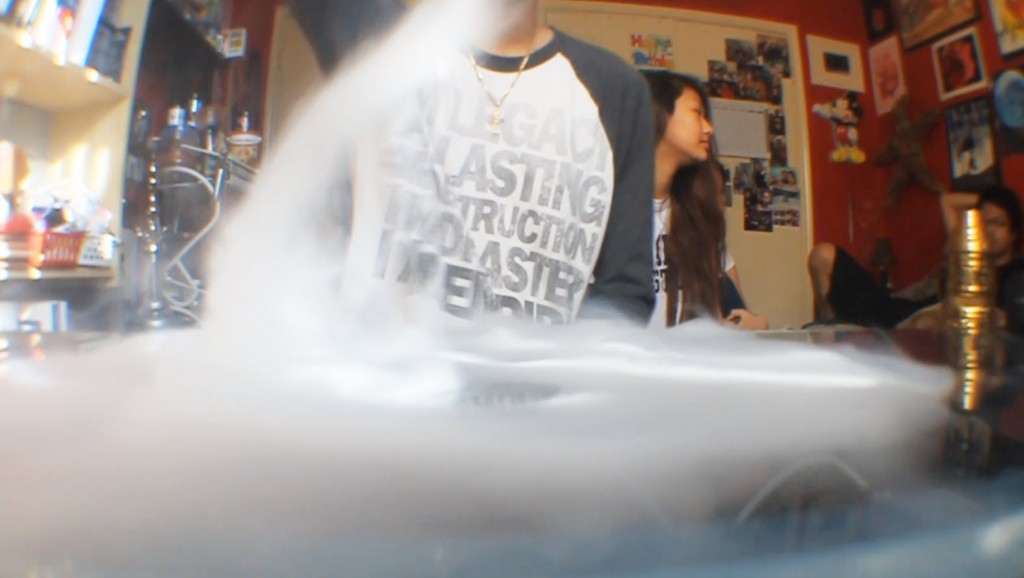 Ghost your smoke over the flat surface of a table. Glass works best. Take your hand, make sure your fingers are closed, and slice downwards from about head level. The way you move your hand is very important! If you push your palm towards the smoke, you will push it away, ruining the trick. The key is to move your hand downwards at the smoke and when your fingertips touch the table, pull your hand upwards. It should form a dope looking smoke tornado!