Even before the days of D.A.R.E., the controversial cannabis plant has been surrounded by myths and rumors. We are living in the age of information, where knowledge is more easily acquired by simply having internet access. However, because of this accessibility, the information that is available is rarely accurate or true. In a world filled with biased media and self-interest, it has become difficult to discern fact from fiction and truth from myth. StonerDays.com is a collaboration of information written by many unique minds. Here are 5 marijuana myths demystified. Let the truth set you free. 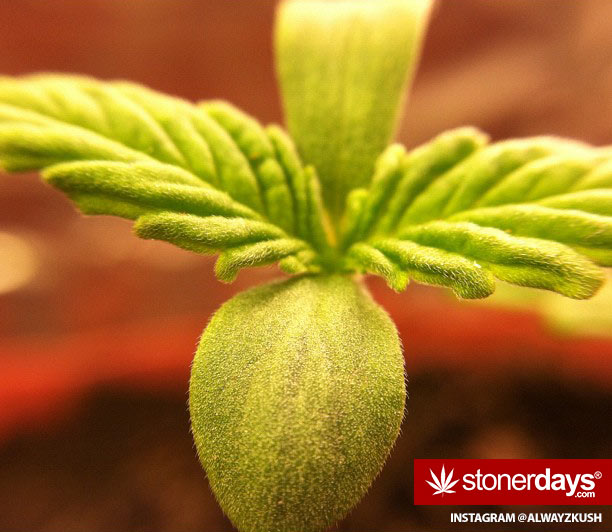 A carcinogen is any substance that is capable of causing cancer in living tissue. While marijuana smoke does contain carcinogens like the majority of combustible solids, it is a purer substance than the tobacco used in cigarettes. Even the heaviest marijuana smoker will ingest less smoke than the average cigarette smoker, as tobacco users tend to smoke more frequently throughout the day and during social interactions. Pulmonologist Donald Tashkin of UCLA has been studying the correlation (if any) between cancer and marijuana use for 30 years. In a 2006 study, he stated that “we hypothesized that there would be a positive association between marijuana use and lung cancer, and that the association would be more positive with heavier use. What we found instead was no association at all, and even a suggestion of some protective effects” (The Washington Post). A 2012 study at the California Pacific Medical Center in San Francisco has proven the anti-cancer effects of marijuana. In particular, an active ingredient called cannabidiol or more commonly abbreviated as CBD. When the CBD was isolated and combined in a petri dish with ID-1, the gene that causes cancer to spread, not only did the CBD stop the cancerous cells from metastasizing, but also helped the effected cells return to normal. If this information is not enough to quell your fears of carcinogens in marijuana smoke, then don’t forget, there are many other carcinogen-free ways to enjoy lovely Mary Jane. Smoke on, my little stoners!

Marijuana is a gateway drug.

This phrase was one of the most famous lines used by D.A.R.E., or drug abuse resistance education. Headquartered in Inglewood, California, D.A.R.E. is an international program that was established in 1983 by Daryl F. Gates to prevent adolescents from falling into the world of drugs, gangs and violence. While the program is good in theory, the way it was executed was full of misconceptions and in some cases, bald faced lies. There are many other anti-drug campaigns that follow a similar vein, but D.A.R.E. is definitely the most well known. In these programs, they do not focus on how marijuana affects your health but rather how it affects your life. The idea that cannabis is an automatic gateway to harder drugs and violence is a misconception that has been washed into the brains of our youth for years. Though many who experience serious drug addiction often began at marijuana, it was not the marijuana that led them to their drug habits but rather personal issues with mental health, emotional instability, family instability and any number of human problems. In addition to the misconception of marijuana leading to harder drugs, it has also been accused of leading to violence. Though studies have shown that marijuana usage is higher amongst offenders versus nonoffenders, this is a statistic about usage not cause. Just because more offenders use marijuana does not mean that the marijuana is what caused them to become offenders. Plus, unlike alcohol, marijuana does not unleash violent or aggressive behavior, quite to the contrary in fact. In Rastafarian culture, it is smoked by entire villages because it is believed to create a heightened sense of community and compassion. If marijuana is a gateway drug, it is a gateway drug to peace, compassion and bliss.

The human mind is capable of any number of things and there are always exceptions to statistical data. However, while a person can become mentally or emotionally addicted to any number of substances, from food to drugs, physical dependency on marijuana is extremely rare. Less than 9% of marijuana users have exhibited true signs of physical dependency, while it is 15% for cocaine users, 24% for heroin users and even higher for various prescription anti-depressant, pain-killer, sleep aid and alcohol users. Substances that cause addiction are caffeine, dopamine, nicotine, opiates and alcohol and cannabis contains none of these chemicals. Smoking weed every day does not make you an addict, it makes you a connoisseur.

The idea that the grass of the ’60s and ’70s was less potent than the chronic of our time is a misconception created by the DEA because of biased data. According to NORML, “samples of pot from the early ’70s came from stale, low-potency Mexican ‘kilobricks’ left in police lockers, whose potency had deteriorated to sub-smokable levels of less than 0.5%.” This low quality cannabis still exists and I am sure that throughout the years, you have unfortunately had to smoke it at one point, but just as there is schwag, there is also top shelf. There were potent strains in the ’60s and ’70s, such as Acapulco Gold, Panama Red and Maui Wowie, that rival the medical grade strains that exist today. However, these were not the strains used for testing in the DEA trials. Though there are more varieties of top shelf strains now because of the technological advances in growing, Cheech and Chong were gettin’ just as high back then as they are today.

It all began with Tulane Medical School’s Dr. Robert G. Heath’s monkey experiments with marijuana. The 13 rhesus monkeys were divided into three groups: heavy, moderate, and light smokers. Several stoned monkeys and brain analyses later, Dr. Heath concluded that “the active ingredient in marijuana impairs the brain circuitry.” It was these studies that the White House advisor cited on drug abuse. Unfortunately, it has become the standard source for the correlation between marijuana and braincell damage. As always, though, scientists all over the world are busy at work, reviving the name of our sweet Mary Jane. Dr. William Slikker of the National Center for Toxicological Research and Charles Rebert and Gordon Pryor of SRI International have all replicated and discredited Dr. Heath’s findings. Human studies in Costa Rica and Jamaica have also shown no evidence of brain damage, cell deterioration or abnormalities when exposed to moderate to heavy doses of marijuana. So breathe easy stoners, your brain cells are not going anywhere, but remember, just like any foreign substance you put into your body, everything is best done in moderation.

Oh wait, I forgot that’s not a myth.